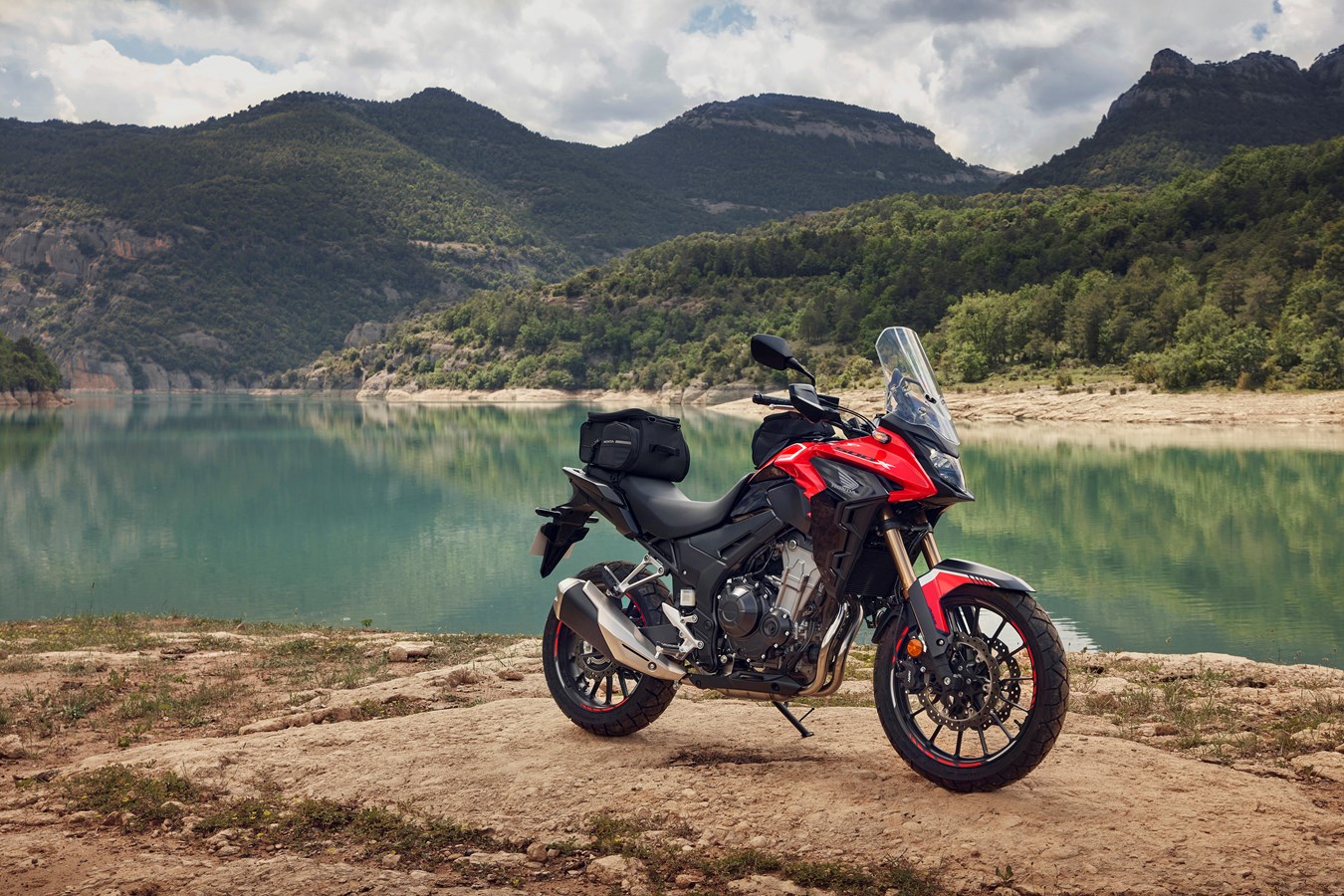 With a host of updates for 2022, will the Honda CB500X get the attention it deserves?

The Honda CB500X is a bike that flies under the proverbial radar for many riders. Without the backing of heavy marketing to the adventure crowd, it easily slips into the soft-roader category somewhere under the V-Strom.

It’s a latte in a world of double-ristrettos. A John Farnham amongst Bon Scotts.

However, that’s not to say it isn’t an accurate depiction to a degree. Like the V-Strom, the CB500X is a do-it-all machine that doesn’t receive attention for being great at any one thing because the bike’s versatility makes it difficult to categorise, to market and to be drawn to as a prospective buyer.

But it is a fantastic bike and to ignore it is to walk past what could be the ideal bike for you.
When I tested the 2021 model, I was struck by how brilliant the engine was. It was lively and had a lot to offer on the road and in the bush.

The chassis felt great and gifted the bike nice handling manners with the greatest limiting factor coming from the fairly ordinary suspension. I tested the Versys-X 300 not long after and while I much preferred the Honda’s engine, the Kawasaki’s suspension package was superior.

Honda has been busy of late with new and updated models coming thick and fast across global markets. The CB500X received some refinements in 2019 but Honda has gone at it again and in its efforts, the 2022 model has been gifted new Showa 41mm SFF-BP USD forks with separate damping and spring, as well as a revised shock with a new spring rate and dampening. This change alone should help shape this into a more complete and capable package, better at off-road riding.

New, lighter wheels and swingarm have been fitted as has a lighter radiator, while the single 310mm front brake disc has been replaced by dual 296mm units. Curiously, even with these weight-saving measures, the claimed kerb weight of 199kg is two more than the previous model, which will most likely come from the new forks and triple clamps.

Revised fuel injection settings promise to present a better ‘torque feel’, and new LED lights will brighten the trail when the sun goes down.

The biggest drawcard here is without a doubt the suspension. The 2021 model did not have a great suspension package and it lets a fantastic bike down once you hit the dirt. The CB500X isn’t the sort of bike that will run with the Adventure Rs, but it is more than capable on dirt roads and literally, years of adventure can be had in Australia on our endless dirt roads.

It’ll be interesting to see just how robust the now lighter cast wheels are but that point aside, this is exciting news for the CB500X. The bike retails at around $10-grand which puts it in the lower end of pricing and outstanding value.

I can assure you this bike is better than most uninitiated readers realise. It’s impossible not to love that engine and it has to be one of the most versatile LAMS approved motorcycles in Australia. A great introduction to adventure, and a smaller offering for women as well as a more manageable machine for men who don’t wish to wrestle beasts.

I would quite happily own a CB500X. Most everyone I know who’s ridden one feels the same. It’s a great size, a lot of fun and now with the suspension work, it should be even more capable.

With three colourways to choose from including, Matt Gunpowder Black Metallic, Grand Prix red and the new Pearl Organic Green, we await eagerly the release date and pricing for Australia.

Genuine Accessories for the Honda CB500X