THE V-STROM: 5 THINGS TO LOVE ABOUT SUZUKI’S GREAT ALL-ROUNDER 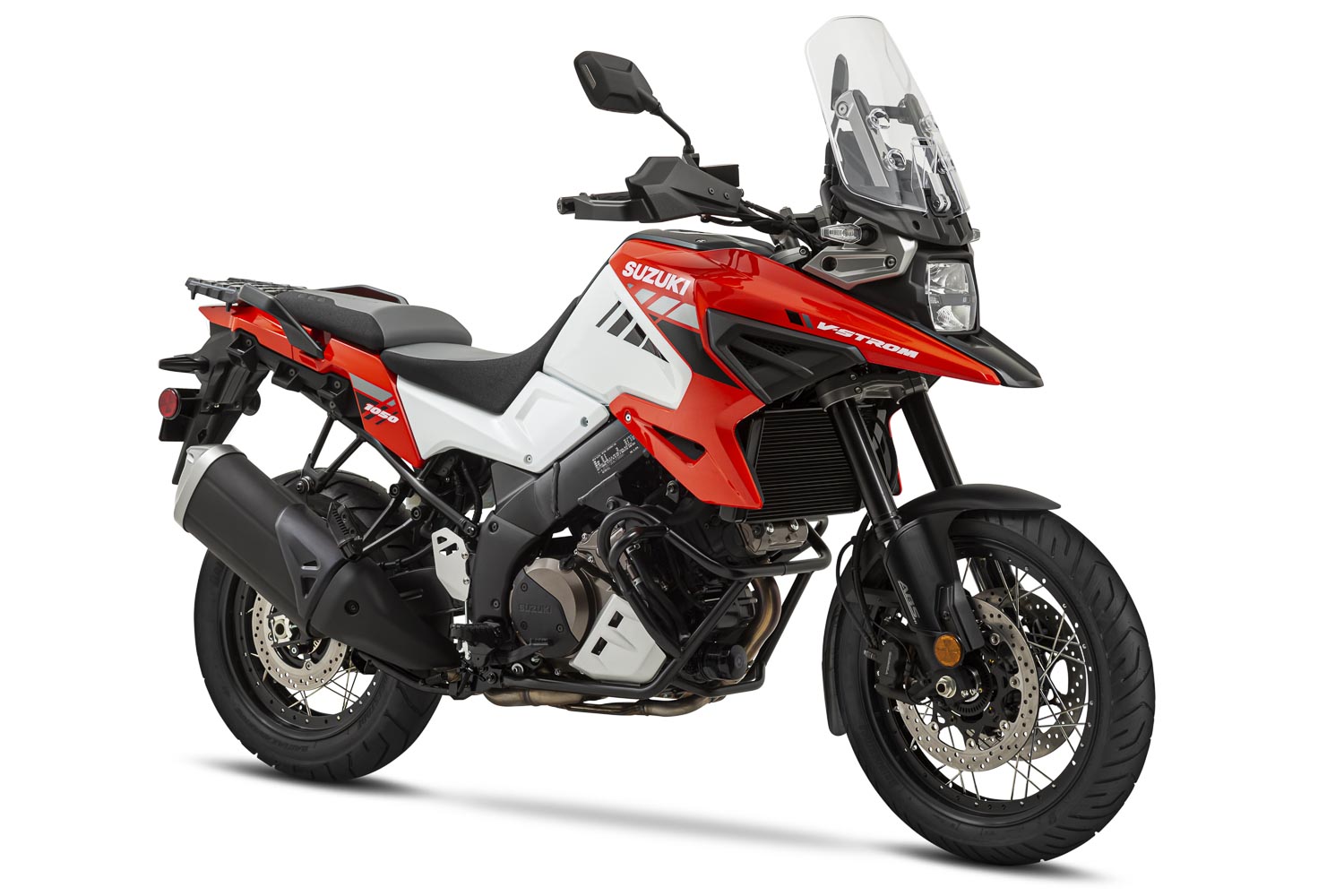 The idea of the V-Strom as an adventure bike evokes an oddly strong negative reaction in some people. In a world where people cross continents on postie bikes, it seems odd to single the Suzuki out. It doesn’t really have anything to prove though. Both the 650 and 1000 (now 1050), sell solidly and have since their inception. It’s almost entirely road riders buying them of course, but there are quite a few taking the long way home on the dirt tracks.
So what makes the V-Strom a good adventure bike?

It’s supremely comfortable and this cannot be undersold as a valuable attribute. I have a pair of sneakers that are absolutely munted, but when I put them on it’s like walking on angel fart flavoured fairy floss. They look like shit now but I can’t toss them because they’re so damn comfortable.

That’s how much we value comfort and when you amplify the pleasure I get from my old sneakers to a similar feeling from a bike then how can you not love the V-Storm?

I’m 95% certain Suzuki’s marketing department hasn’t thought of comparing their bike with my three-year-old, grass-stained Mizuno trainers. It’d make a great billboard, but there are few bikes with genuine all-day comfort to the level both the big and smaller Suzuki offer.

When the V-Strom was first released it was not attractive. It looked like a bag of dog food with handlebars. Suzuki was, as they often are, slow with the updates but as time went on the bike improved until finally, it got the beak.

Suzuki was the earliest beak adopter, way back in the early Dakar days but they discarded it for the snub-nose and bug eyes. BMW picked it up, as did Triumph but Suzuki brought it back in about 2015 and the V-Strom was all the better for it.

Then they introduced new colourways, the yellow being a particular favourite of ours at first although the new DR BIG inspired red is a nice statement in a market that loves its blacks, greys and whites.

The engines on both the 650 and 1050 are brilliant. Not because they produce earth-shaking, manhood enhancing rivers of vein-popping power; but because they are both supremely usable and frankly more exciting than they get credit for.

Neither engine is a dawdler and if you think it is then you need to see Superbike legend, Shawn Giles, punt one around because it is mindblowing. But the magic sauce comes from how the power comes on and how manageable that delivery is on both road and dirt.

The 1050, in particular, will spank if you so wish to impress the wildlife, while in traffic, they’re both fantastic. They are versatile engines without a need to heavily electronically govern the output so as to make them rideable.

LET’S NOT GET HIGH MMMKAY

And to make life easier for those who have bums closer to the earth than others, Suzuki offers a seat that’s 30mm lower than the standard. This may sound like a trivial detail but it’s not.

Being able to reach the ground in offroad situations is confidence-inspiring for those not born of the mud and dust. It’s actually bloody handy for those of us totally used to life in the grubby parts.

QUALITY STARTS WITH A ‘V’

The overall fit and finish of a V-Strom is top shelf. If anything they’re over-engineered and the durability and reliability can hardly be called into question at this point.

The recent upgrade of systems on the 1050 XT has given it more electronic ride cred, but the new information screen/speedo falls short of other offerings at the now increased price range. That said, what Suzuki has fitted/installed is, on the whole, sensible and appreciated but overshadowed by the robustness of the bike’s construction which is matched by its versatility.

Suzuki Australia has some deals running right now on the 1050 XT which you can check out by clicking here.