BUYING A NEW ADVENTURE BIKE ON A 10-GRAND BUDGET 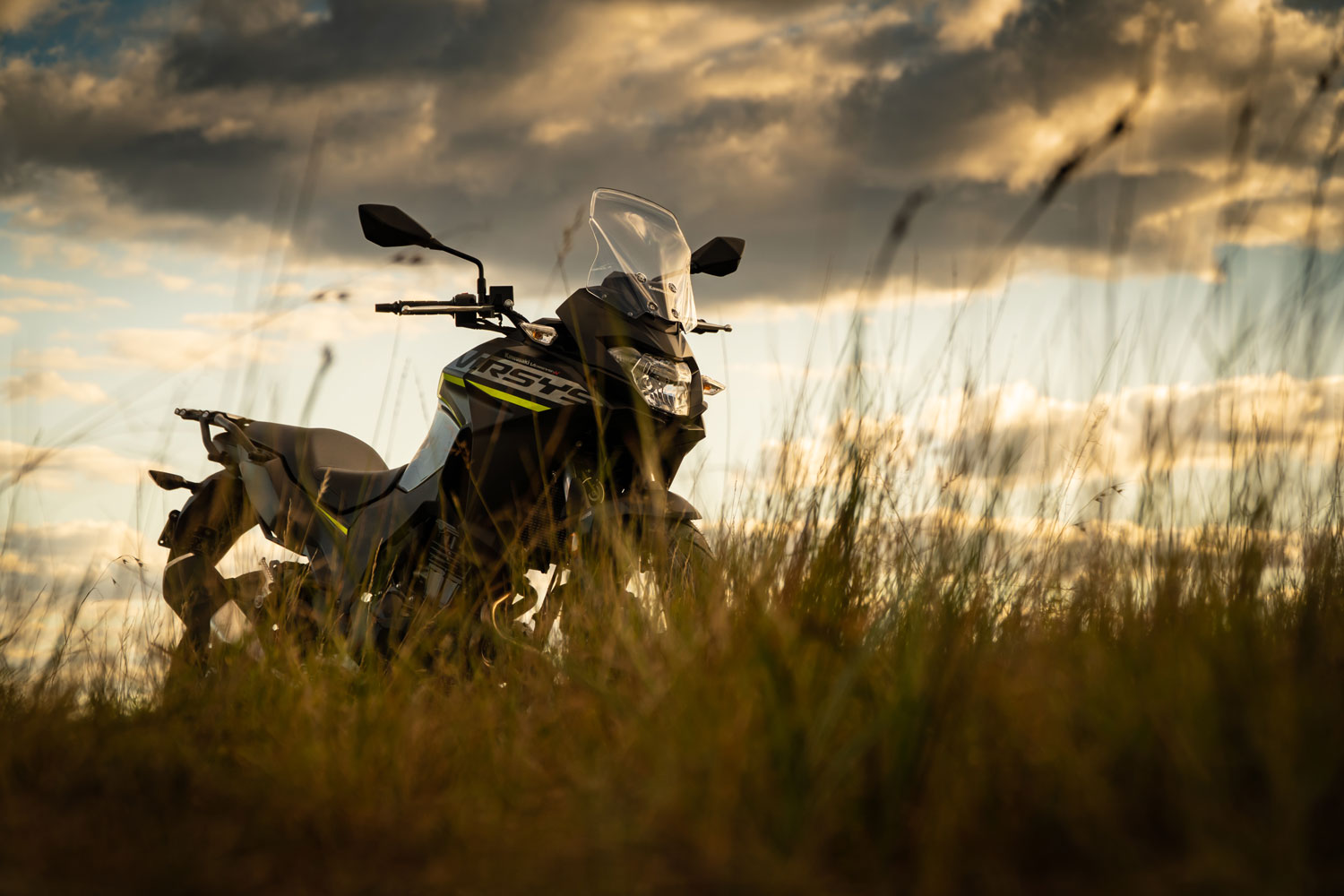 If you’ve got your heart set on owning a brand-new adventure bike but don’t want to drop tens of thousands of dollars, there are plenty of options around and under the ten-grand mark to keep you rolling.

And the best news is that some of the bikes are damn fine specimens that are more than capable of chaperoning you to far-flung outposts. In general, these bikes aren’t made for high-intensity riding but will ace dirt roads and double trails as well as the weekly commute.

Most are smaller bore and easier to wrangle around a shed, a parking lot or a trail and a lot of them have lower seat heights which open them up for a wide range of riders. All prices have been taken from the manufacturer’s websites but check from your location for the most accurate figure.

You’re going to have to be quick on this one because there will be no more once the current stock is gone. It needs a little work to be fully adventure-ready and it ain’t the prettiest, but it is a living legend and will rarely let you down.

The SWM is a bit of a sleeper (read our review), and kind of an odd-looking bike, but it’s a decent all-rounder with a very friendly engine and plush suspension. The 21/18-inch wheelset gives it a nice feel off-road and the Brembo brakes, a hydraulic clutch and switchable ABS are nice touches.

In 2019 we rode the BMW Safari Enduro and a 310 GS finished the week along with all the much bigger units. We’ve never ridden one, but that’s not a bad recommendation.

The smallest of the Kato range (read our review) doesn’t have the off-road prowess of the R models but carries on the vibe of the straight Adventure. It’s well outfitted with a 5-inch TFT display, LED lighting and a host of rider aids.

We haven’t ridden a Himalayan, but there’s something about its old-school look and simplicity that does appeal. The price is undeniably cheap and it sells in insane numbers across the globe.

The Benelli looks the biz no doubt. The engine is fantastic and it’s a pretty comfy bike on long rides. The chassis geometry and suspension hold it back from being a complete package, but for relaxed weekend rides and weekday commutes, it’s a good option.

An old favourite that’s seen recent and appreciated upgrades, the KLR is one of the most proven packages in this line-up. Simplicity is the key, and it delivers reliability and a no-fuss ride to take on a wide range of roles.

The 300cc engine on the Versys needs some encouragement, but once it’s in its happy place it’s a good little engine that’s matched with a slipper clutch, low seat height and a great suspension package. A great price for a bike with quite a bit to offer the weekend explorer.

Honda certainly went all out on the aesthetics and the base bike has shown to be a dependable and capable machine. It’s a nice bike that can take you a long way without having to spend much to fit it out.

The CB500X just received updates but no word on when it hits Australia as yet so this is the current model. The engine is brilliant and a lot of fun on and off the road. The suspension is a limiting factor but that may turn around given that’s where a lot of the updates have concentrated.

The next steps: Just in case you have a win on the dogs and have a little more cash to splash

Such a great all-around that’s too often underappreciated. Comfortable, capable, dependable it’s a great next step from the bike previously mentioned.

We can’t wait to see how this bike turns out. China’s first overt attempt at a big-bore adventure bike that doesn’t borrow gravitas from a bought brand name, the KTM 790 engine and KYB suspension could make this a winner for a lot of people.