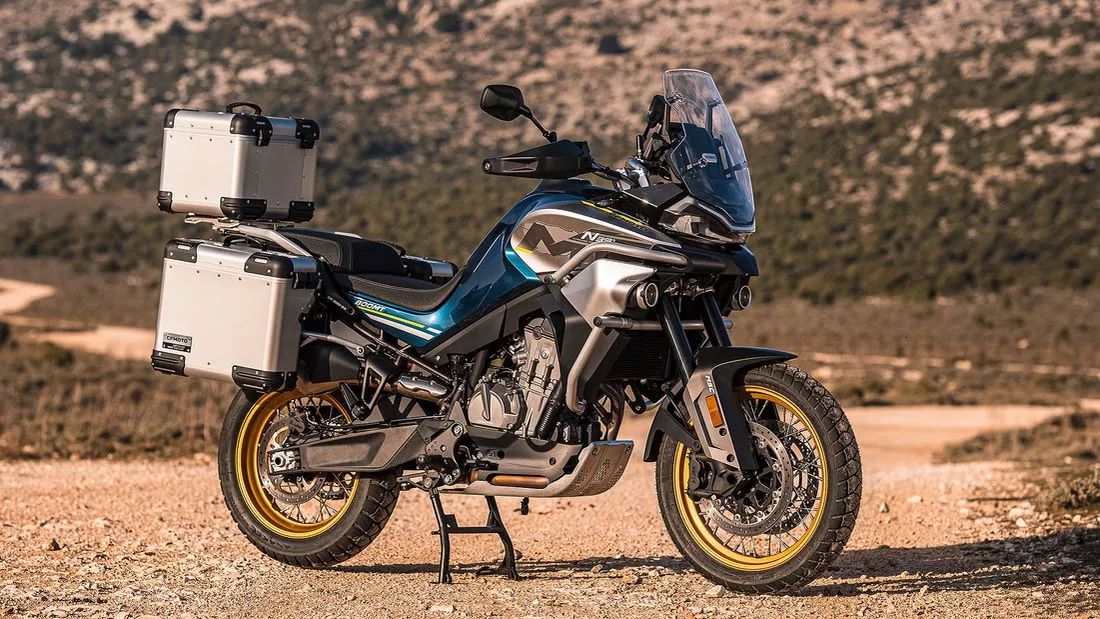 Chinese motorcycle and ATV manufacturer, CFMOTO, has unveiled arguably its most ambitious project to date with the 800MT. Benefiting from a close partnership with KTM, CFMOTO was able to drop the engine from the 790 Adventure into the MT, making it one of the few big bores to come out of China and one of the very few with decent adventure specs.

In other good news, albeit somewhat surprisingly, the MT will have KYB suspension and not the WP that you’d imagine come from a KTM assisted project. You won’t hear us complaining about KYB though and knowing we have a great and proven engine now matched with suspension sourced from a reputable company brings a shine to the MT the likes we have not seen on a Chinese bike to date.

CFMOTO hasn’t skimped on the electronics with Bosch cornering ABS and traction control as well as keyless start, heated grips and heated seat, and a 7-inch display. There’s not a heap of info to go on just at the moment but the photos show LED lighting, spoked wheels and dual-disc front brakes and an aluminium swingarm. The styling is reminiscent of the Africa Twin and there are clearly crash bars either as standard or available as an option, along with luggage and protective items such as a bashplate and handguards.

It seems a fairly complete offering and it is reasonable to expect will come in at a very competitive price in the second half of 2021. If it proves to be reliable and considerably less in price than the competition, then it could be something of a disruptor in the market. The chassis will play a big part in completing this picture of rideability and to date, no Chinese manufacturer has managed to marry an engine, suspension and chassis package that was able to tackle decent off-road with a good feel. The Benelli TRK 502X was the last Chinese bike we put hours on, and it had a nice engine but not a great suspension/chassis match-up.

Full specs and pricing will be coming soon and we’ll be keen to give the 800MT a good run when it arrives.