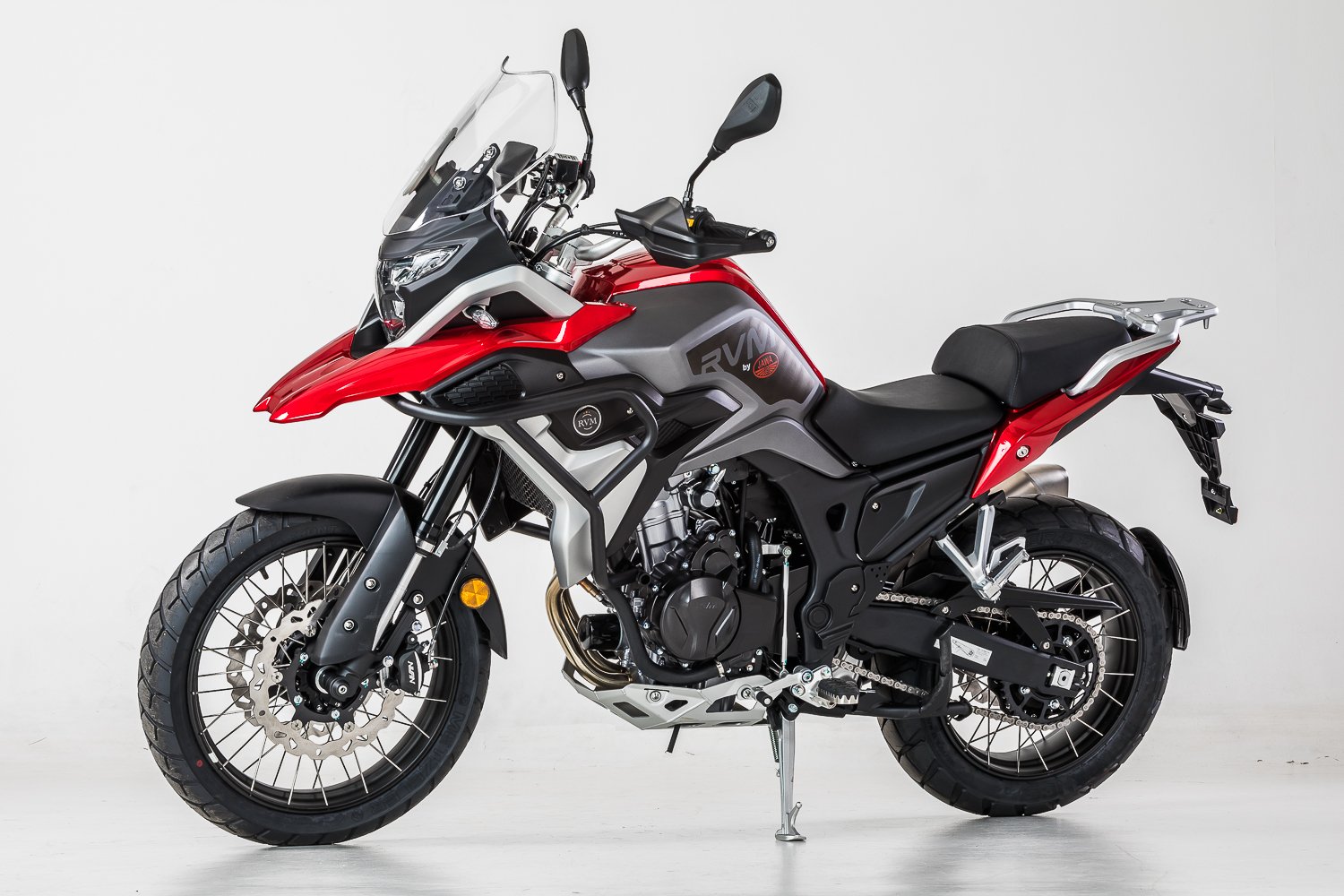 There is a lot of talk of late about the rising influx of Chinese motorcycles. For most of my life, the ‘Big Four’ Japanese manufacturers dominated motorcycle production, race wins and marketing reach.

I was born a year before Honda released the CR125M Elsinore, a bike that would herald the meteoric rise of the Japanese and the vanquishing of the Europeans.

This was a period that left numerous Euro heritage brands to wither and disappear. The moto world belonged to Yamaha, Honda, Suzuki and Kawasaki.

In 1992 a reputable but fringe Austrian manufacturer was raised from its financial death by Stefan Pierer with great help from design guru Gerald Kiska and the dynamic began to shift once again.

Fast forward 30 years and KTM is a motorcycling colossus, with the parent company, Pierer Mobility, spreading its wings to incorporate both Husqvarna and GasGas.

And this is where we find our focus. Badge engineering is not a new concept; it’s commonplace in the car industry where, for example, a Toyota 86 is basically the same car as a Subaru BRZ. At one point the Ford Ranger and Mazda BT50 shared a lot of components.

It happens with trucks, vans and of course motorcycles too. Suzuki and Kawasaki have shared platforms in years past (identical at times except for the plastics), and we see it openly on display with the Pierer Industry stable of brands sharing components.

Today, we see a number of those European brands, like Benelli and SWM, that were left in the literal and metaphorical dust by the Japanese rebirthed as Chinese owned.

And joint ventures with major western manufacturers are becoming commonplace with KTM, BMW, Honda, Aprilia and Harley Davidson just to name a few, each enjoying fruitful relationships with a partner able to produce the simplest parts through to the complete bike for a great deal less than would be possible in Europe, Japan or the States.

China is big on badge engineering of anything from televisions to motorcycles. You can buy a television with whatever name you want on it and sell it as your own.

And you can buy, in decent numbers, an adventure bike that you can have badged as anything you desire. You can call it Mr Toadies Wild ADV 500 if you like. And as the Chinese manufacturers couldn’t give a filthy finger for copyright concerns, your new brand will look a lot like a BMW, if that’s your fancy.

I came across a Chinese brand called Kamax, selling a model called the Kamax 500X Adventure. A quick look at the company’s website and I saw a heap of models on offer that look a lot like KTM and Sherco enduro bikes.

And the Kamax 500X looks a lot like another bike I’d just seen on the Google machine, the Jawa RVM 500.

Names like the Macbor Montana XR5, the Bristol Venturi 500, the KL Raticosa 500X, the
Colove KY500X and the flashy, Daytona Maverick 500 which sounds like it was named after a cowboy who became a fighter pilot.

This is different to common examples of badge engineering in that they are identical aside from graphics.

I went further down the rabbit hole, which can be perilous on the internet. Start by asking, ‘What’s the best way to chop lettuce’, and five hours later you’ve signed up as a Bolivian Freedom Fighter.

You can personalise your own imported models too.

Avoiding the myriad of pages on the Illuminati and 5G mind-control nanobots, I found what appeared to be a super cheap Honda Africa Twin selling for $5000 US on Alibaba. My nanobots told me to read more.

It was a Chinese Africa Twin rip-off under the brand name Kamax, which you can order customised to your preferences with your name and graphics. It’s even presented as either red or tri-colour, just as Honda does. It even offers dual displays like the real AT.

And BMW isn’t immune from the copycats either. The Everest Kaiyue 400X (who comes up with these names?), looks a lot like a G 310 GS. And by a lot, I mean almost exactly the same.

This feature represents more of a curious internet adventure of mine and isn’t a commentary on Chinese bikes as such. That said, I wouldn’t ride any of these bikes too deep into the unknown. Maybe cap it at the local shops and back. You know, maybe the backyard will do.

A motorcycle that can ride well on dirt is the result of intense design, engineering and focus. It’s hard to imagine these examples will win any engineering awards.

And it’s fair to say they will be a long way from the efforts being through partnerships to produce bikes like the Chinese made CFMoto 800MT with the KTM engine and Japanese suspension.

China has over 200 motorcycle manufacturers, many building major parts for the biggest players around the world. But finding examples like this erodes confidence in the market’s honesty and introduces a concern for quality.

On the flip side, we need decent, cheaper adventure options and they won’t come from Japan or Europe who are being legislated into the ground and forced to make motorcycles so environmentally friendly that you can feed them to wombats when they stop working.

Lowering the cost of adventure bikes will only happen at this point through a Chinese or Indian partnership, or by those respective countries taking on larger displacements and improving their build quality and directly selling to the rest of the world.

That could once again be a huge paradigm shift in motorcycles, albeit one I can’t see happening for many, many years.

In the meantime, if anyone is trying to sell you an Africa Twin down at the pub for $7500 brand new, spend your money on another beer and schnitty instead.