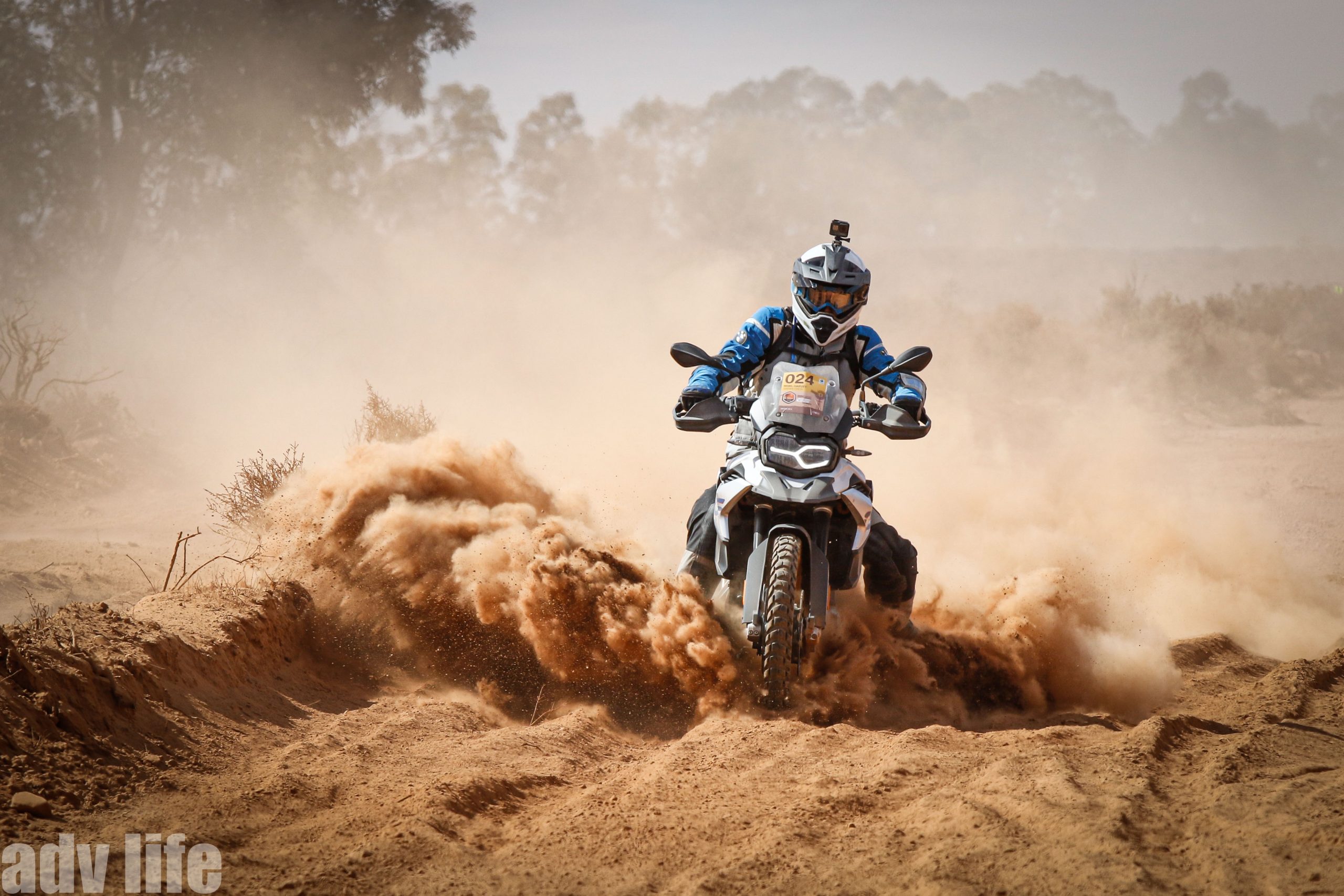 STORY AND PICS BY DAMIEN ASHENHURST

Boots are one of the two top-of-the-pyramid products that we all need, alongside the helmet. And as is the case with helmets, there are hundreds of options to choose from and not a lot of info on which suits certain kinds of riding.

And adventure riding makes it more complicated because there’s still a large element of road riding involved and a need to be comfortable all day, sometimes for days at a time.

A lot of riders prioritise comfort and wear road boots while riding off-road, but it’s a recipe for ligament blasting disaster when things go wrong. And they will go wrong.

The most common fall almost certainly comes from losing your front end. It can happen just about anywhere, and it happens fast. Your first reaction will be to lift your foot off the pegs to counter the fall and it will be that boot that makes first contact with the ground. With the twisting and impact that comes along with hitting rocks, tree roots and alike, the weight of a bike will then follow to add a final insult.

You don’t want to be wearing road boots when this happens. But what makes a good off-road adventure boot, and which one suits where and how you ride?

We put in a call to Steve Jennings, Senior Product Manager at Monza Imports Australia, to get some answers. Steve is the man you go to for a lot of reasons and all things Alpinestars is one of them.

I’ve had plenty of experience in the Alpinestars boot range and have tried each of those recommended for adventure in the Tech 7 Enduro, Toucan and Corozal. I asked Steve to talk us through how to pick a boot suitable for off-road and which A-Stars suits which rider best.

How do you explain the differences in your range to adventure riders?

To me, the easiest way to explain is that it’s a bit like tyres. For example, the Corozal is a 60% road and 40% off-road boot. The Toucan is more the 40% to 60% off-road and then the Tech 7 Enduro Drystar, which is all you’ll ever need for off-road but it’s still a really comfortable road boot, is more the 80/20 mix but it’s not like a full motocross Tech 10 that’s really uncomfortable to wear on a road bike.

And for those unclear on a reliable method, how do you find the best boot for the terrain you ride?

The biggest thing that always show people when we’re doing Moto Expo and alike, is that when you squeeze a pair of boots front to back, you shouldn’t be able to push the top half of the boot over. By pushing a boot front to back and squeezing it, that basically simulates your ankle and foot being in the boot.

If you grab a pair of Toucans or Tech 7s you’ll find the more off-road bias, the stiffer the boot is to push to the side. Whereas if you squeeze the Corozal, it’s got a bit of give there but it tends to want to fall over. Some guys say they just want something comfortable to walk around in and I say, you’re on a 200-plus kilo bike and when you lose the front end on this thing on a gravel road – and it will happen – the first thing you’ll do is put your foot down and if it catches and grabs, your ankle is cooked.

You’ve got a lot of weight coming down and a boot that’s not going to give any support at all. You’ve got to have that ankle support.

So, do that simple simulation so you can be sure that this boot is going to offer you protection. People see other riders wearing boots that look super comfortable but they’re basically just wearing an old pair of Rossis from back when we were kids.

A good quality boot should still be comfortable to walk in and for example, you can wear a pair of Tech 7s all day, straight off the shelf.

Could an issue be that guys coming from road riding only maybe know the SMX but aren’t familiar with boots like Tech 7s Enduro Drystars?

Absolutely, and that’s partly because they’ve been out for under a year. I have guys tell me that their boots are good to walk in and I say no, Nikes are good to walk in. You’re not buying walking shoes you’re out riding a motorcycle at 100-plus kays an hour and your natural instinct when anything goes wrong is to put your foot out.

The Tech 7 evolved because we got a call from people that wanted an enduro sole, so we did that. And then they realised that more and more guys were wearing Tech 7s in adventure/touring riding so they decided to put a Drystar liner in it as well.

That’s been received really, really well. For the guys that want an adventure boot that’s going to do absolutely everything, that’s probably taken over as the number one.

There are probably as many guys wearing this boot now in enduro and trail riding as there are in adventure because the Drystar is waterproof.

There are guys racing US Supercross wearing Tech 7s so as far as protection for real serious dirt riding it’s up there.

But if I have a crash on the road in Tech 7s, am I still well protected?
Absolutely. You’ve still got all that external protection with hard PU plastic on the outside and it has the metal shank through the sole. It’s got everything you’re going to need for a road crash.

Would it be fair though to say the Toucan suits the widest range of adventure riders?
Yes. The way the Toucan was developed was by using the Tech 8, so we had the stitched on sole and then they looked at the SMX Plus road boot. They knew that Gortex was the best waterproof breathable liner, so they basically took the best parts of every boot we had and combined them into one product.

I’ve worn the Corozal a bit but while they’re super comfortable, it felt less than ideal for anything beyond a dirt road ride.
Corozal was brought out because guys wanted something a bit more comfortable they could walk around in but still had some ankle protection, but not anything too crazy.

They don’t feel like a motocross boot but they basically have the same level of protection as our entry-level Tech 1 boot, which we don’t even make anymore.

Having ridden with all of the above-mentioned boots, I can 100 percent recommended the Tech 7 Enduro as a premium option for guys riding predominantly off-road.

They’re comfortable all day and provide superior protection. Mine aren’t the Drystar models, but you can now add waterproof to the list of benefits, and you will want that because not much sucks more than riding with a boot full of cold river water.

The Toucans are great and I trust them, but I know they have limits short of the Tech 7s. If it’s mostly dirt road stuff with few technical sections, I’m more than happy to run the Toucans and having put a lot of hours on mine I’ve found them to be pretty damn durable too.

The Corozal are ridiculously comfortable, but I’ve felt a bit exposed in true bush settings. On a dirt road, I’m happy to be wearing them and let’s face it, you can pretty much ride right around this country on a dirt road.

But they don’t absorb frontal impacts as well (simple stick off front wheel into shin – ouch), and the sole is too flexy for my liking.

PrevPreviousGIANT ADVENTURE PHOTO GALLERY
NextWEIGHT WATCHERS: what do each of the mid-size adventure bikes weigh in at?Next