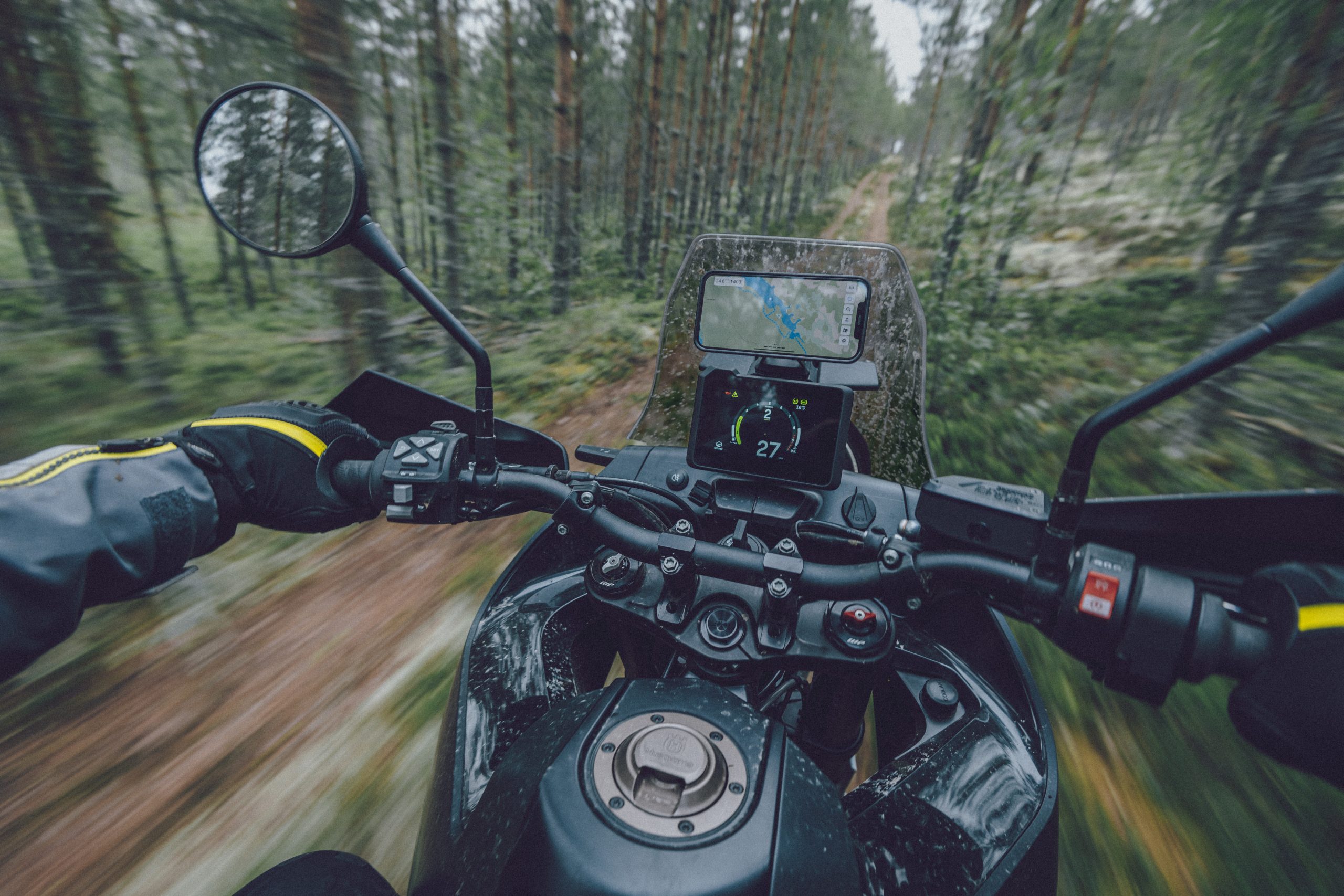 The class of 2022 will be like no other when it comes to adventure bike releases. It’s fascinating to see which companies are getting amongst it and how they’re going about it, with some pulling on a rich history and others pretending there’s a rich history. Some are trying hard not to appear Chinese while one is happily owning it, and a couple of heritage companies are coming back swinging after a time away from the cutting edge.

There will be no shortage of choice in 2022 and that can only be a good thing for motorcycling in general. The new models represent a wide range of design ideas, styling, capabilities and pricing that add further to the rich tapestry that is adventure motorcycling (my god, that sentence sounded like something my nan would’ve said).

We’ll enter 2022 with a nagging question getting louder which is, are the Japanese even watching? None of the new bikes are from Japan and the fact that the ‘Big Four’ produce a sum total of a Tenere 700, two Africa Twin variants, two V-Stroms and KLR650 is a little bit sad. It’s like they’ve handed the metaphorical keys to the adventure world to the Europeans and to an extent the Chinese and Indians. This will become starker as Pierer Industrie AG rolls out its extended KTM, Husqvarna and GasGas models and more Chinese built models fill the lower-priced segment.

Japan does have a golden opportunity to pioneer the 450 adventure rally model which would grab a lot of attention immediately, but our guess is Europe will take that first step, (as seen with the Fantic 450 Rally which ironically enough has a Yamaha engine).

The Norden 901 is undoubtedly one of the most striking and eagerly awaited 2022 models. Teased masterfully for months now with regular looks behind the scenes and adventures in far-flung corners of the globe, Husqvarna’s first big bore will shift some serious earth from the moment it arrives on our shores.

Powered by an 889 cc parallel-twin with an output of 105 hp, the bike sits in the sweet spot for offroad riding. The fitting of WP Apex and not Xplor suspension was a curious choice and may suggest more of an adventure touring role similar to the KTM 890 Adventure with offroad capabilities short of an R model.

The Norden will not fall short in the tech department, and we already know that engine is a banger. We can’t wait to fire it up in mid-2022.

EDIT – We have fired it up and it doesnt disapoint. Check out our full review as well as our launch video.

Oh, this does look good right? In fact, its distinctive look first teased in 2019 is like nothing on the market right now and that alone is something of a draw.

Knowing that Ducati built the Desert X specifically with adventure in mind and didn’t just repurpose scrambler parts, shows that it’s taken the task very seriously. With a generous electronics suite, 21/18-inch wheelset and a 937 cc Testastretta engine that offers 110Hp mated to Kayaba suspension, the Desert X isn’t hiding its dirt bias and is ready to take Ducati deeper into the bush, the mountains or the desert than ever before.

Ducati is also offering an optional 8-litre tank that fits to the rear of the bike to expand range which speaks volumes (excuse the pun), about the company’s understanding of how the bike will be used, particularly in this wide brown land where the mighty Nick Selleck (Maschine Tours) will play an official role of brand ambassador and it’ll be a blast to see him shift earth on the Desert X.

There is so much to look forward to with the Tuareg 660. Europe got lucky and have been able to ride it already, but in Australia, we’re still spec-sheet spectators; and what a spec sheet it is. A similar weight to the Tenere 700 but a claimed eight horsepower more, with reliable Kayaba suspension doing the bouncing, a 21/18-inch wheelset and a full electronics suite.

Early reports are that the Aprilia is the real deal, and the lively engine will have some riders wondering if they need the larger engine found on an 890 or 901. Depending on what price the Tuareg leaves the showroom at, it may well be a serious direct competitor for Tenere and given this is the company’s first adventure bike in decades, it certainly has re-entered like a return wrestling champion. Australia is unforgiving on bikes though, so the proof will only come from a year under the sun.

The CFMoto 800MT is one of the surprise announcements of 2021; a Chinese built big-bore adventure bike with a KTM 790 engine and Kayaba suspension available with a three-year warranty and priced at $13,990 for the spoked wheel Touring model.

On the face of it, that’s a deal that is hard to ignore. With the closest capacity rival thousands of dollars more, the 800MT could attract a lot of buyers and introduce a big change in the tide with a Chinese manufacturer winning customers over European and Japanese models in a category where reliability is essential.

And that is yet to be seen. Can the CFMoto stay together through the rigours of Australian riding? And how readily available will parts be? Buckle-in peeps because we are very soon to find out.

Triumph ain’t messing around with its plans for 2022. A redesigned Tiger 1200 line-up was much needed to primarily find weight savings and improve offroad capability and the company responded with gusto. It also helps to have a guy like Ricky Carmichael (greatest motocross rider of all time), on the roster as an ambassador because nobody on this planet knows more about riding a motorcycle on dirt than RC.

The previous model was in no way a disaster. In fact, the engine was outstanding, the comfort level class-leading and the electronics excellent. But it was way too heavy, and the suspension wasn’t quite up to rigorous offroad work the likes of which the 1290 Adventure R eats for breakfast.

It’s the Rally range we’re most interested in, particularly the Tiger 1200 Rally Pro which will offer 21/18-inch tubeless spoked wheels and a 20-litre tank as well as Showa semi-active suspension with 220mm of travel. The Explorer models will offer 30-litre fuel tanks and the new Triumph Blind Spot Radar.

All the bikes will have up-to-date electronic packages and a large 7-inch TFT through which to monitor it all and we’re interested in how many potential BMW buyers may find this new Tiger the more attractive package.

Another Chinese manufacturer venturing deeper into the adventure world. There isn’t a lot of detail about the TRK 800, which would be the company’s follow up to its TRK 502 which we think is a decent bike for the coin being asked.

At this stage, there is only a TRK with a 19/17-inch cast wheelset and no X model like the 502 with spoked wheels, but it does boast Brembo brakes and a 754cc DOHC twin-cylinder engine producing 75Hp at 8500rpm with a max torque of 66Nm at 6500rpm fed through a slipper clutch.
The fuel capacity is 21-litres and there is a 7-inch TFT screen fitted for monitoring all the blinking and beeping stuff.

There is much yet to learn about the 800 but if it comes in at a reasonable price (the CFMoto 800MT has made that a little difficult), it could be a popular all-around touring choice for those not looking to go hardcore offroad or throw coin like Oprah.

It has been a long time since MV Agusta had a hand in the adventure market and if this is its return and the spec sheet is to be believed, then it’s off to a decent start.

Teasing two models, a 550cc and 950cc with liveries that are a throwback to the early 90’s Cagiva Dakar race team sponsorship by Lucky Strike cigarettes, the two models look amazing and certainly the 950 has a heap of tech to brag about, including an optional Rekluse automatic clutch and ‘Cyborg’ push-button gear shifter which would be the only direct competition to Honda’s own DCT.

The 9.5 will have a 21/18-inch wheelset and Sachs electronically adjustable suspension as well as Brembo brakes and new 931cc inline triple claiming decent figures of 123 peak horsepower at 10,000 rpm and 101Nm of torque at 7,000 rpm.