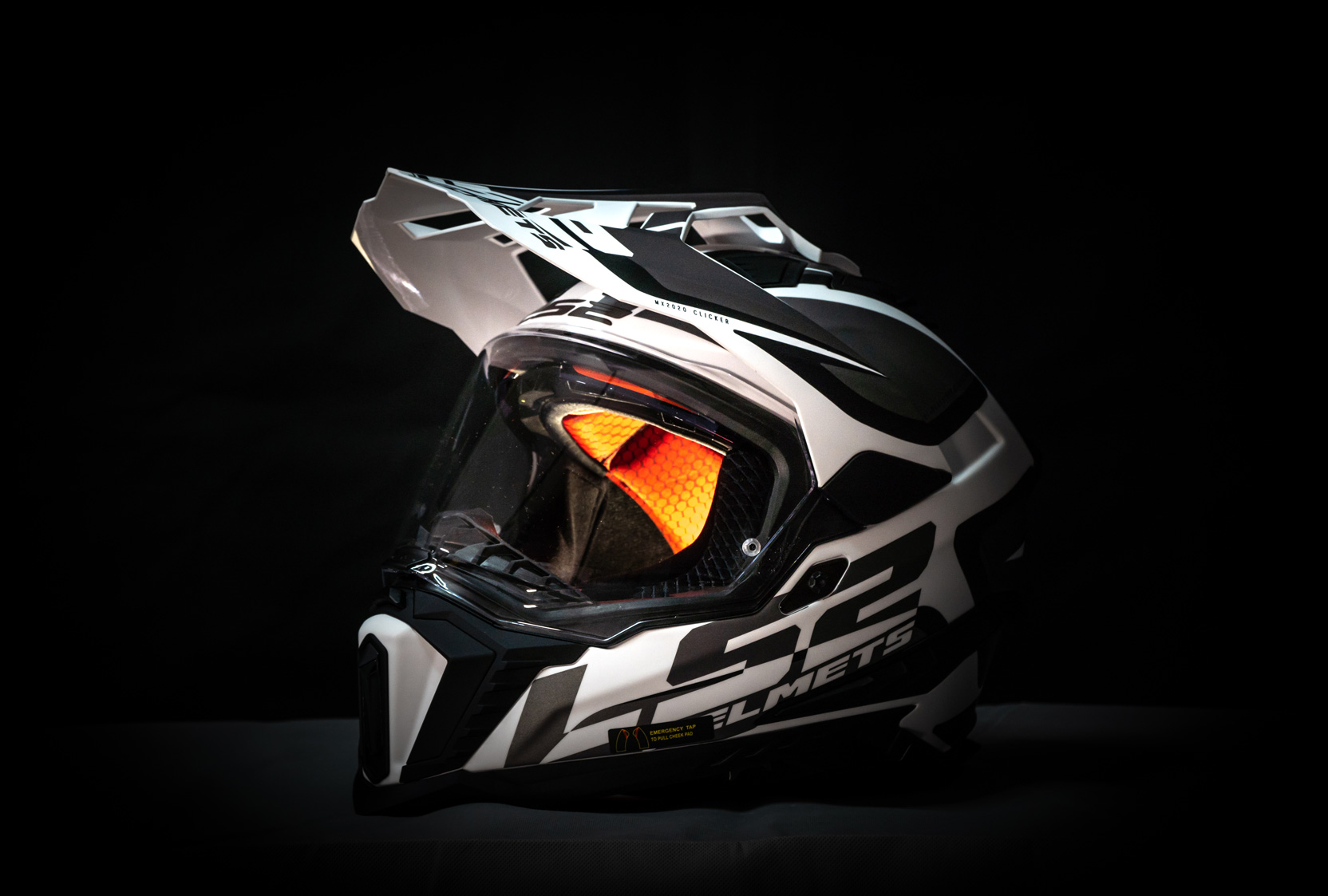 WORDS AND PICS BY DAMIEN ASHENHURST

The story of LS2’s beginnings has been told a few times and reads like a business fairy-tale. Arthur Liao began making helmets in his own home in 1990 with an initial investment of around $500 and one employee. A sum that I’ve blown in minutes at Bunnings more than once.
The helmets were sold in the Chinese domestic market under the name FENGXING and Arthur was clearly doing something right because by 1992 the company employed over 100 workers to keep up with demand.

In 1997, further investment was made in an effort to break out of the Chinese market and sell internationally under the name MHR. With the backing of two of Arthur’s two brothers Stephen and Paul, the company grew fast and large with MHR.
By 2005 the company was pumping out two million helmets a year, many of which were for other brands.

In 2007, the brothers decided to break further from China and established a headquarters in Barcelona, Spain and launched the LS2 brand (an abbreviation of Laio’s System), which immediately enjoyed success and growth, even though the then looming GFC.
LS2 first appeared in Australia in 2012, two years before the brand recorded a global sales record of one-million helmets with the brothers still at the helm today, as well as that original single employee, Mr Peng Zheng.

Having protected the heads on guys like Rally legends Marc Coma and Cyril Despres as well as road racers Mike Jones and Ant West and freestyle motocross champion Luc Ackermann, LS2 has shown it’s up to mixing it on the biggest stages around the world, on and off-road.

So that’s the history, but what does that all mean when you pull on an LS2 helmet? Specifically, the MX701 Explorer adventure model. Well, I’ve been riding with one for a few weeks so let’s get right to it.
The MX701 is a striking looking lid no doubt. Ours is the Matte black and white finish and there are two more finishes available in matte black and hi-vis yellow and simply matte black.

The first superficial thing I look for in a helmet is the amount of venting built-in. Australia gets so hot even Satan won’t vacation here and if your helmet doesn’t offer decent ventilation, you will cook your head. The MX701 takes care of this with its Improved Dynamic Flow-through Ventilation system which presents three forward intake vents with one on the chin guard and two on the forehead, both of which can be closed or open as you see fit.

Spinning the helmet around you’ll find six exhaust vents, with two close to the top that are closable and four further down that are not as well as a row of vents on the very bottom, which are all shielded from weather and dust. You’ll also find closable vents on each side of the helmet and together with the channelled EPS foam which promoted internal airflow, I certainly consider this a well-ventilated helmet.
On truly sweltering days I’d like the upper intake vents to be larger to get more of a feel of the incoming air, but I’m nit-picking on that point.

The horizontal field of view is absolutely outstanding, but it’s difficult to see down to things like displays or handlebar controls without dipping your head because the chin piece is quite tall. However, this offers a benefit in reducing fogging by capturing your hot breath and I can attest that with a Pinlock fitted this helmet takes a hell of a lot to fog up and if it does it’s manageable and short-lived. Given the number of summer rains we’ve had, this is something I’ve pushed to the limit and have been super impressed with the clarity of vision.

The helmet comes with a chin guard to improve weather protection and reduce fogging, but I removed that straight away because they bother me for some reason. I hate beetroot too. Some things are hard to explain…it’s just personal. But it’s there to use if you appreciate such a thing.

The visor is of excellent quality with no glaring aberrations, but the locking mechanism seems superfluous. I rarely lock it down and I’ve ridden in horrendous weather without it lifting. It might be a personal choice and it’s fine that it’s there, but I doubt it’s truly needed.
The peak is a good size and well-shaped to avoid vibrations in the wind. You can adjust it up or down by about 200mm which is quite a lot compared to some helmets.

The drop-down shaded visor is handy. This is the first helmet I’ve worn with one and I wasn’t 100% sure I’d utilise it much, but as it happens, I’ve dropped it down here and there when needed and while I’d love for it to drop about 100mm further so the bottom outline is out of sight, I can’t deny that’s it’s a handy bit of kit and a better, safer solution than riding with sunglasses on.

The inner padding is quite stiff at first, which may give someone trying it on in a store the first time a reason to doubt its comfort. I immediately figured it would take three rides to bed it in but was surprised halfway through a long day when it had appreciably started to take my shape and soften. By the second ride it the MX701 Explorer was completely comfortable with no pressure points whatsoever. Coupled with accurate shell sizing, I’ve found the LS2 to be impressively comfortable across the approximately 3000 kilometres I’ve done it in through torrential rains and searing heat and humidity.

The cheek padding is easily removable which makes it no great chore to clean or fit a comms device. I run a Cardo Packtalk Bold on the MX701 Explorer and it’s a little tricky to fit the sticky mount to the LS2 because the helmets’ shaping which doesn’t present a flat surface on the sides. The helmet won’t accept the Cardo exterior clip mount, so you have to be really sure you’ve secured the sticky mount as safe as possible. I haven’t had any dramas with it and again, I’ve ridden in biblically shit weather for days, but it is something to take note of.

There are indents in the MX701 Explorer that accommodate the comms device speakers nicely. They sit a little low and can be hard to discover at first, but I don’t feel the speakers against me at all.
The chin strap is of the Micrometric Metal Buckle variety, and I had no experience with this mechanism before the LS2 arrived. I’ve seen some complaints about its complexity but honestly, if you’re flummoxed by this set-up, you must get really confused about simple things all day. It’s quicker and easier to fasten and undo with gloves on than a D-ring.

The MX701 Explorer weighs in at around 1450 grams which is less than price comparable helmets like the Bell MX-9 or a more expensive helmet like the AGV AX-9. And on that note, I think the LS2 is a more comfortable helmet than both of those (although I’m a fan of the MIPS system in the Bell) and a better all-around helmet than the AGV which sells for over $100 more.

At an RRP of $419, the MX701 Explorer is a mid-price helmet that punches above its weight in quality of finish and fittings as well as comfort level. It comes with a soft bag and a nice deluxe carry bag which is great for travel or long-term storage. I’m happy to reach for it on any ride and can honestly say it’s great value for that price.