SUZUKI V-STROM 1050XT | The quiet ones are often the most fun. 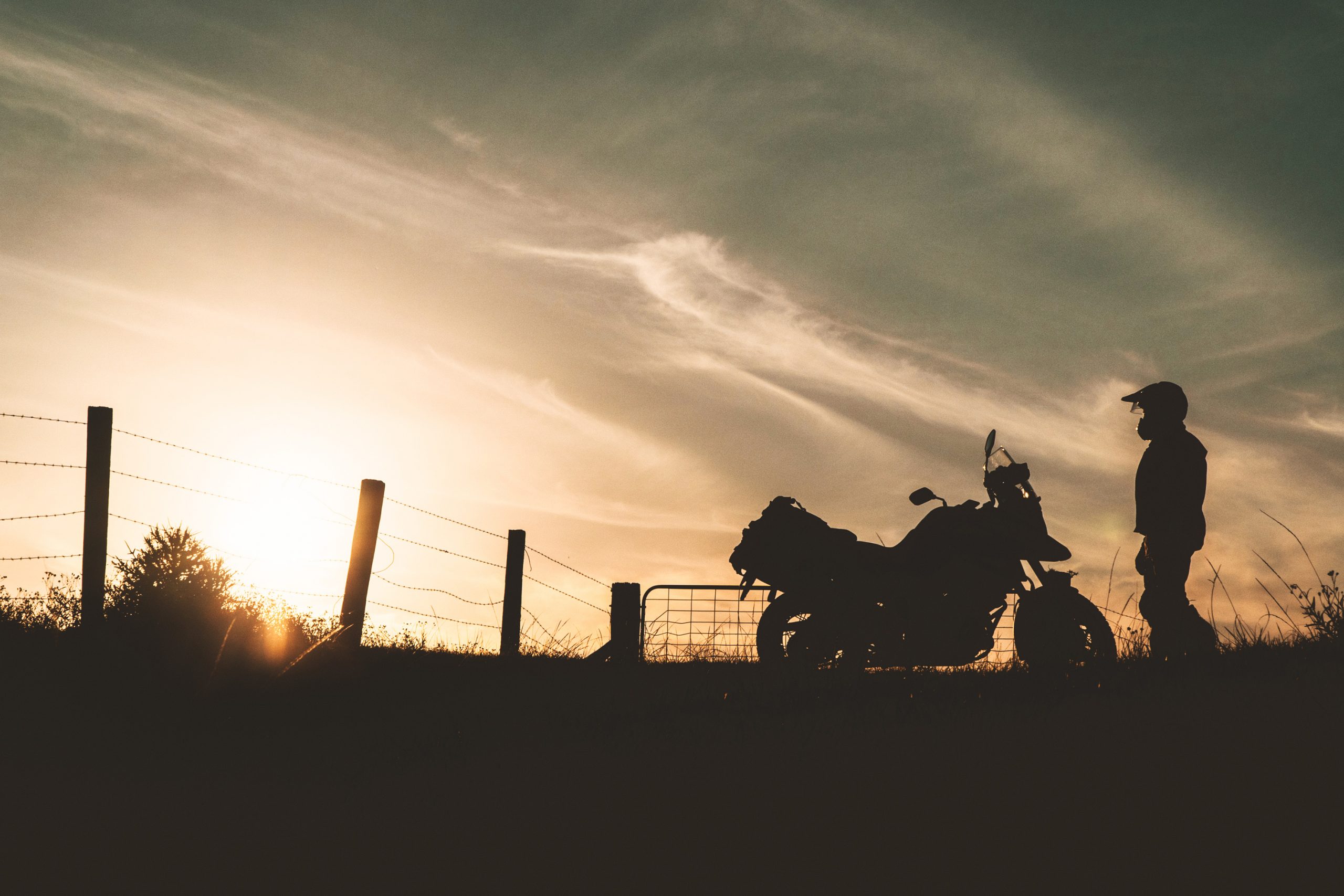 Let’s drift back in time to 1988, before the V-Strom and when the iconic DR 750 Big was a vision of adventure splendour. The 750 would become an 800 in 1990 and it stood as the largest capacity single in production at the time with a striking red and white or blue and white livery.

Suzuki made some changes for 1991, but in 1995 it took on a more street-friendly guise and the echoes of Gaston Rahier leading the Paris to Dakar all but faded. By now the DR 800 Big was looking long in the tooth and on termination, the V-Strom was soon born.

Suzuki’s V-Strom 1050XT is Pink Floyd in a world full of Metallicas. An adventure/touring bike that offers an easy fit for many and doesn’t seek to directly compete in the big-bore gun show. Preferring instead to offer a smooth controlled and comfortable ride, excellent build quality and legendary reliability and versatility, it is all too often overlooked or derided by potential adventure bike buyers put off by inaccurate tales of woeful offroad performance.

In fact, the V-Strom is a better adventure bike than even Suzuki seems keen to promote. There is a self-deprecating way the 1050 XT goes about its business that’s both part of its charm and a source of frustration. It’s better than you probably think it is and capable of more than Japan will demonstrate.

I understand the folks that wish upon a star for something more offroad focused than the V-Strom like a modern DR Big. But Suzuki has every right to see the V-Strom as a massive success and why would they change that formula?

If Suzuki were to release a DR Big it would need to do so as a separate model and leave the V-Strom model line well alone. It has carved out a place at the table and sold more than a quarter of a million units since launch. You don’t upset that kind of applecart.

HOW HARD DO YOU NEED TO GO?

If your adventure involves mostly dirt roads, then you are one of the very many in Australia enjoying travelling far and wide without heading into an untameable jungle or extreme enduro trail.

The V-Strom is a damn fine motorcycle for exploring when the terrain isn’t a serious technical challenge, and you can ride right around Australia on tracks just like that. If things get hairy, the Suzuki is quite capable of handling a lot more than some people realise, it just needs to do it at a more sedate pace.

The engine is one of my absolute favourites, always tractable, controllable and smooth and brilliant on-road stretches which we can rarely avoid for long. This also plays into an advantage for riders looking for that quality commuter for five days of the week and an explorer for the weekend or for those intermittent rides into the sunset that take you far from home for longer.

The powerplant (manufacturers love that word), has more life than its predecessor from quarter throttle and a great mid-range which isn’t overly bombastic and supremely usable in the dirt.

For me, one of the more impressive aspects of the V-Strom’s engine is its low-speed fuelling and ability to stay alive at the lowest of revs. I don’t see it getting much kudos for that, but it helps take the Suzuki into places that require right wrist finesse and ably backed up by ride-by-wire so you can maintain line and traction in technical terrain.

The exhaust gives a nice low growl and the LED lights all-round are a nice touch. The 20-litre tank is comfortable between the legs both sitting and standing but the distance between the seat and the footpegs is still quite short. Thankfully, you can lift the seat on the XT via a somewhat convoluted process to elevate the sharp-ish knee bend for taller riders.

The electronics are easy to use done via the left side button/panel which features a total of five effective controls. Cruise Control is actuated by a single button on the right side of the bars. Compare this cluster to the Africa Twin’s which features 12 separate forward-facing controls and I think a lot of riders will appreciate the innate simplicity of the Suzuki.

The Suzuki Intelligent Ride System (SIRS) offers three ride modes of which I used Mode A (full power), the most and Mode B when I hit some wet clay snot. Mode C was too subdued for much except the worst snot imaginable. Traction control offers three settings and can be turned off. The first setting is very usable but I find the other two overly intrusive.

The new V-Strom is the first Suzuki to receive cruise control from the factory and frankly that is something we should expect from all manufacturers busting past the 20K mark in 2022.

To improve the wallowy suspension feel, I slowed the fork compression by four clicks, then increased the shock pre-load by three clicks. Ground clearance will always limit the offroad exploration, but the way the 1050 felt after such simple adjustments isn’t far from the feel most adventure riders would appreciate on the average dirt ride. It’s an all-day comfort that’s at home on decent quality tracks but can extend itself to the more intermediate difficulty trails.

The ABS can’t be turned off so you have to remove or bypass the fuse should you choose. In Mode 1 it’s a good system but past that point, it’s too intrusive for offroad riding. I found the brakes to be impressive as you’d expect given the twin disk Tokicos are also found on the GSX-R models. The front in particular grabs aggressively but with feel. The bike utilises the Suzuki Combined Braking System, so any pressure on the front brake lever will trigger the ABS to apply an amount of rear brake as well and you’ll have no trouble pulling the Suzuki to a halt when a roo decides to wrestle.


The V-Strom has limitations against bikes like the Africa Twin mainly thanks to the smaller wheelset, decreased suspension travel and ground clearance. But there’s a disconnect between what a hell of a lot of adventure riders want from a bike and what they actually demand from a bike.

I’ve done a heap of riding on the older DL1000 and I rode the V-Strom 1050 XT across a range of terrains in both perfect and pretty ordinary conditions and I just had a great time all the time.
I slowed when the terrain dictated and twisted on when I could. I didn’t even curse life on freeway sections which is unheard of for me.

It could lose 10 kilos and that LCD dash isn’t befitting a bike of its price. It needs switchable ABS and I’d love a bench seat option, but the XT is very well appointed with electronic aids that act quietly in the background to improve the ride and require less focus from the rider than on bikes like the Honda, BMW or KTM.

WHAT MAKES THE V-STROM 1050XT SO DIFFERENT?