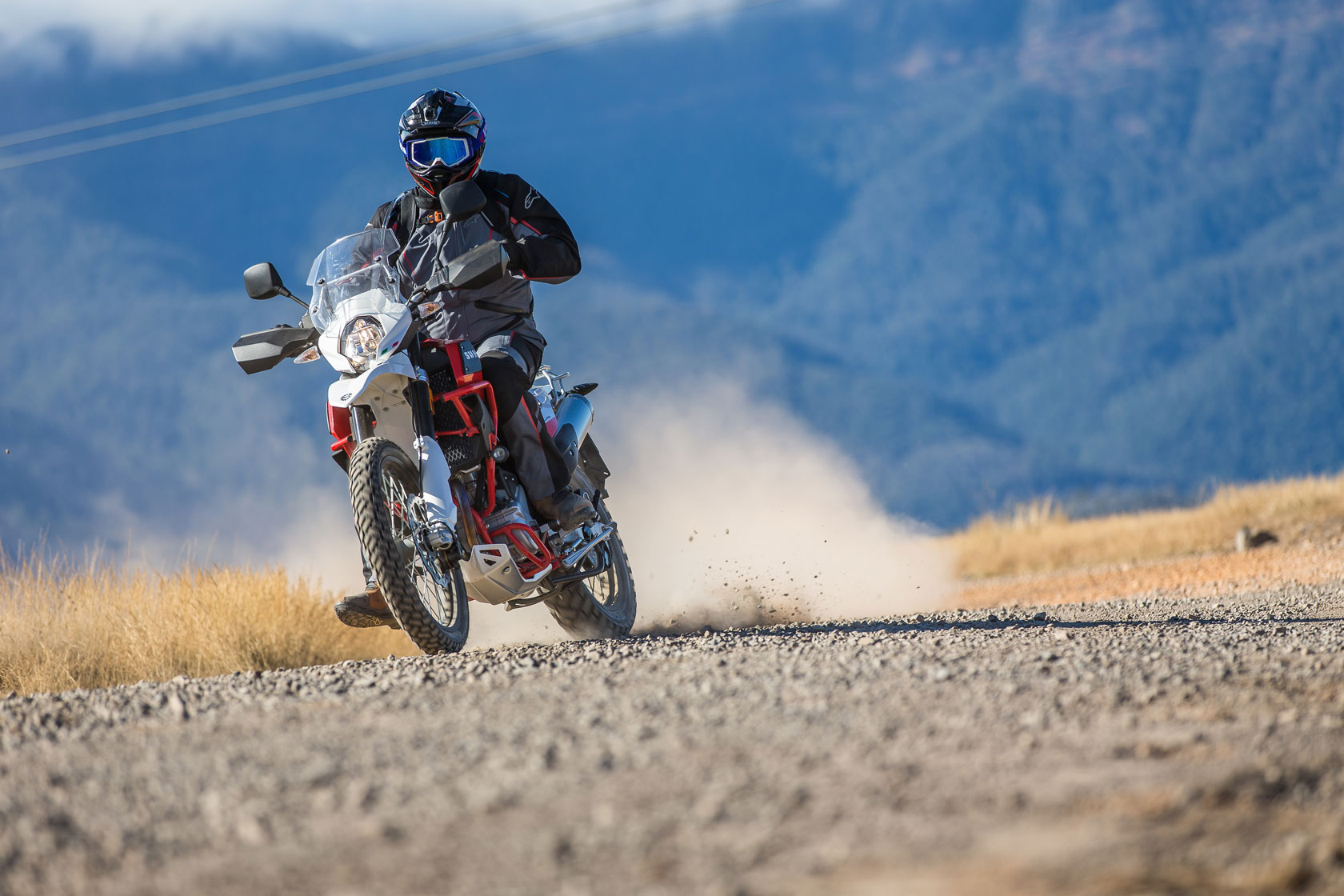 The Chinese-Italian stallion is one of the most affordable bikes on the market. Could it be all you need?

The Superdual X was launched in Australia in 2018 to much fanfare heralding the return of the iconic SWM name. However, this excitement was equally matched by indifference from the large number of people who had no idea what SWM was in the first place. I remember thinking at the time that PEZ stirs more passion in me than SWM.

As a piesta de resistance, the SWM was presented as carrying on the legacy of Husqvarna’s TE range, which for anyone with much contact with those red engine shitters would appreciate is no great trumpet to blow.

Maybe I’m being a little unfair, there were a couple of decent TEs and they were improving under BMW’s short ownership. The 310 was good fun when the forks didn’t leak like the Titanic and the TE630 which was kind of the only thing close to a KTM 690 at the time.

RETURN OF A 70’S MONIKER

In 2011 the TE630 scored some major upgrades to the engine and that’s the same mill that now powers the SWM Superdual X. It could have gone very differently if in another universe BMW hadn’t sold Husqvarna to Pierer Industrie AG (KTM), we could have seen the release of one of the ugliest concept bikes the world has ever seen in the Concept BAJA.

I’ve included a photo of it here but avert your eyes if you’re squeamish and seek treatment if you’re attracted.

The Superdual X is immediately recognisable and there is no other bike that looks similar. It has aesthetics that could divide a nation, but I find it better looking in person than in photos. The goofy looking seat remains goofy from any angle, but the rest of the bike isn’t too bad.

SWM was an Italian brand that began manufacturing bikes in 1971, brought back to life this time around by a former engineer and technical manager of Husqvarna by the name of Ampelio Macchi, with funding by the Chinese Shineray Group.

The bikes are made in Lombardia, Italy in the same factory that used to pump out Husqvarnas. It’s an Italian Chinese motorcycle, which is also a cuisine we’d love to try; pasta alla Mongolian lamb sounds delish!

The concept behind the Superdual X is to offer an inexpensive adventure bike with most if not all the trimmings you may want on your motorcycle from a centre stand to handguards, crash bars, bashplate and luggage options.

The Brembo brakes with switchable ABS (at the rear), do the slowing down stuff while a Mikuni D45 throttle body takes care of the speeding up stuff. The bike is blessed with a 21/18-inch wheelset and hydraulic clutch, while the 18-litre tank will get you well over the 300-kilometre mark with SWM claiming over 450 which is certainly impressive.


The seat height is a whopping 890mm at its highest but can be lowered and I didn’t find it to be as uncomfortable as it first appeared. The handlebars are in the back position and way too close to your knees, so moving them forward and then rolling them forward a little more worked well for me and I was pretty happy thereafter.

The bike is geared high to help pass both LAMS and the Euro emissions hurdles and as such it doesn’t leap off the line. It finds its happy place with some revs under the belt and stretches out nicely through the six-speed gearbox to be a pleasure on fire trails and the road stretches where the windscreen proves adequate.

At 169 kilos it’s not as light as its great-grandchild, the Husqvarna 701, but it’s not hard to muscle it through tighter trails yet this is where you’ll encounter two limiting factors. It has a very wide turning circle and it runs a shock by Sachs and 45mm forks by Fast Ace.

I’d never heard of Fast Ace and I have a healthy scepticism about Sachs. In my time on the bike, I found the set-up was certainly plush but not too bad if you avoided square-edge bumps. The suspension tells the story of where this bike is most at home and it’s on the fire trails. Anything tougher than that and you reach the limitations with a thud.

It’s more comfortable sitting than standing thanks to some skittish behaviour from the front end and a weird tank shape that pushes you backwards when try to grip with your knees.

But I found the SWM can get up and maintain a very decent pace with little vibration thanks to the counterbalanced twin-cam engine which still has plenty to offer even if it was first debuted a decade ago – ironically in the same year the movie Contagion came out.

STUFF TO WATCH OUT FOR

I spoke to Clive ‘The Professor’ Ward from Motorcyclebiz who suggested the forks would need a full rebuild at about 5000 kilometres and he knows of riders completely replacing the forks instead.

It’s also advisable to check on the rear sub-frame bolts which the company strengthened after some snapped and watch for fuel leakages out of the tank’s tap/base plate. The standard pipes are very quiet but a set of Barrets will give the bike some more life and about eight more HP too.

While ABS is switchable at the rear, if you really want to ride without any ABS at the front as well you can put the bike on the centre stand and let the clutch out to spin the back wheel only and this will disengage all ABS. That should help with braking on any particularly gnarly trails.

There are plenty of riders putting decent hours down on the SWMs and are very happy with the return on investment. The bike rolls out at $10,490 + ORC (the same price it was in 2018), and for the casual explorer who commutes during the week, it’s a very decent offering.

If you’re looking for a bike that costs less than most and needs less than many to be ready to ride, it’s hard to knock the Superdual X. Add luggage (they often offer it free) and set off on a ride.

Stick to the less arduous routes that better suit the suspension and you’ll get where you want to go and you’ll ace your weekly commutes in between adventures.

SUPERDUAL X BY THE NUMBERS