“Daryl Beattie Adventures is owned and operated by ex-500cc MotoGP champion Daryl Beattie and offers motorbike riders the opportunity to explore and experience some of the most remote and spectacular areas of the Australian outback. We believe that “adventure is just a ride away”, offering adventure tours to Central Australia, Finke Desert, Madigan Line and Canning Stock Route, with Daryl riding on all tours.” darylbeattieadventures.com.au

OUR THOUGHTS ON DBA TOURS

We’ve done three tours with Daz; two on Africa Twins and one on CRF450Ls. Two were Cape York runs and another was a loop out from Alice Springs. The DBA tours have the feel of a bunch of mates going for a long ride, even though you’ve probably never met anyone before. It’s relaxed and friendly, always well organised and with all the crew having deep knowledge of the areas they tour you come home with an appreciation of the country you might not find any other way. 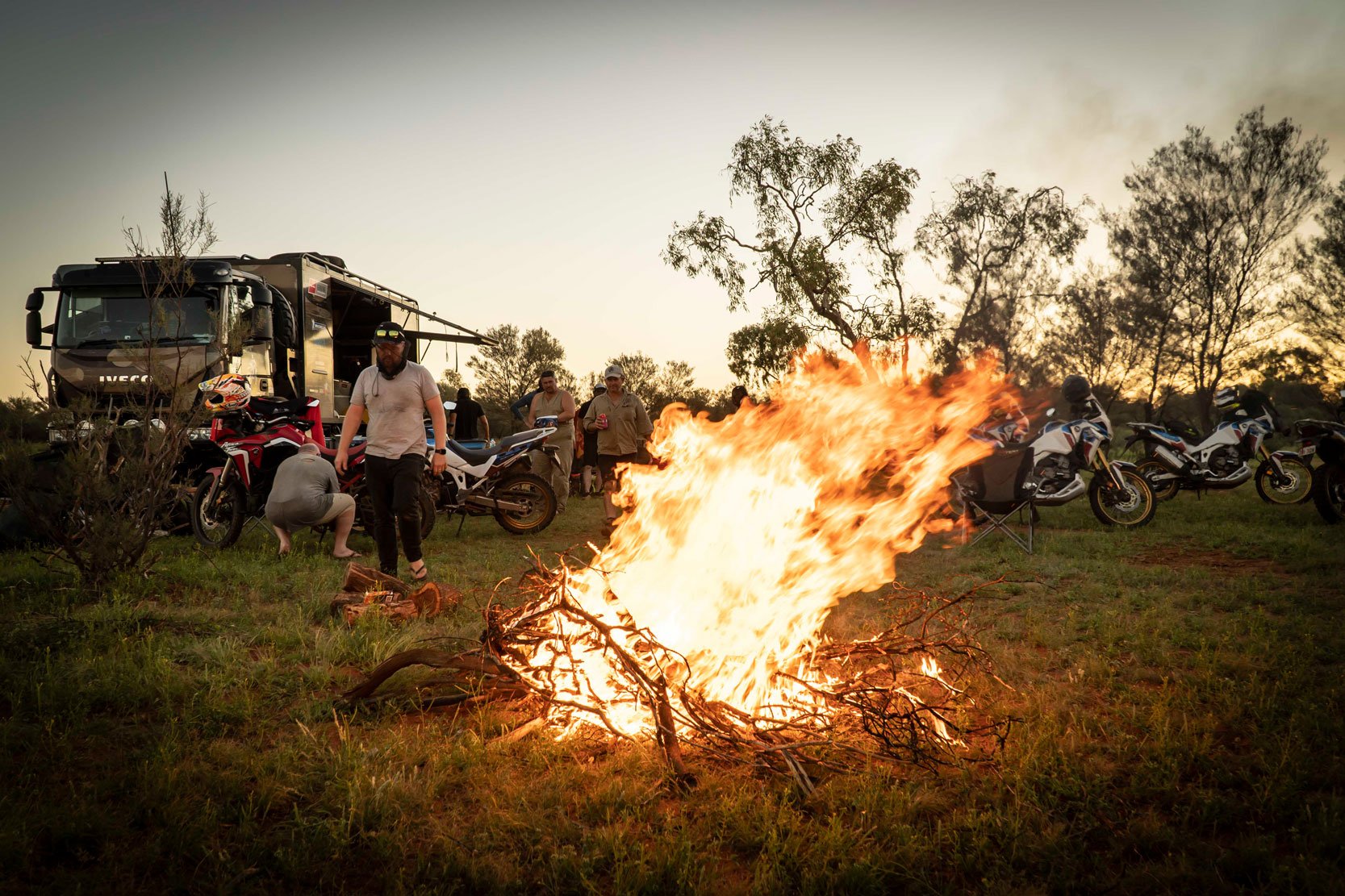 On one particular ride, we were met at each nightly stop by Jeremy Burgess, who was Valentino Rossi and Mick Doohan’s crew chief for many years. He’s a God in Moto GP and he was out exploring in his 4WD. Each night he sat and told the most amazing stories, and it just so happens that Daz’s lead rider was Peter ‘Budda’ Lukowski, who happened to be Mick Doohan’s mechanic as well as Jeff Leisk’s in the year he came second in the World Motocross Championship. Daz of course is one of the greatest riders Australia has ever produced, so we sat each night by the fire and listened to the sort of stories that make a motorsports fan’s head spin. Of course, that doesn’t happen every tour but the stars at night are enough to make each evening magic and memorable.

The tours are Honda supported so you’ll either be on a supplied Africa Twin or a CRF450L. DBA tour some amazing places with a heap of rides scheduled for 2021 from 5 nights in Cape York to a massive 12 nights on the Canning Stock Route which is an absolute bucket list run. A support vehicle is carries everything needed to make sure you are comfortable and looked after with Scooter at the wheel during the day and the BBQ in the evening.

Daryl Beattie Tours visits places most don’t. Far from home and indicative of much of what this country actually looks like. They’re often tough places to be able to ride yourself so to be able to get there with a great crew is gold. Tours sell out fast so don’t twiddle your thumbs too long. We can 100% assure you that it is worth any and all effort and you’ll never forget the experience.

“The BMW Safari is a BMW customer motorcycle tour concept that began in 1994 with a trip from Sydney to Fraser Island. It is unique to Australia and there are three different flavours to choose from:

BMW Safaris generally run for 5 to 7 days as a point to point tour, but sometimes with the start and finish at the same location. It’s not a guided tour, the route is marked, route maps and GPS files are provided. Riders go at their own pace and take in sights along the route. While some rides have been revisited and may be similar, no two rides have been the same in the history of the Safari. This makes every Safari a new adventure.”  bmwsafari.com 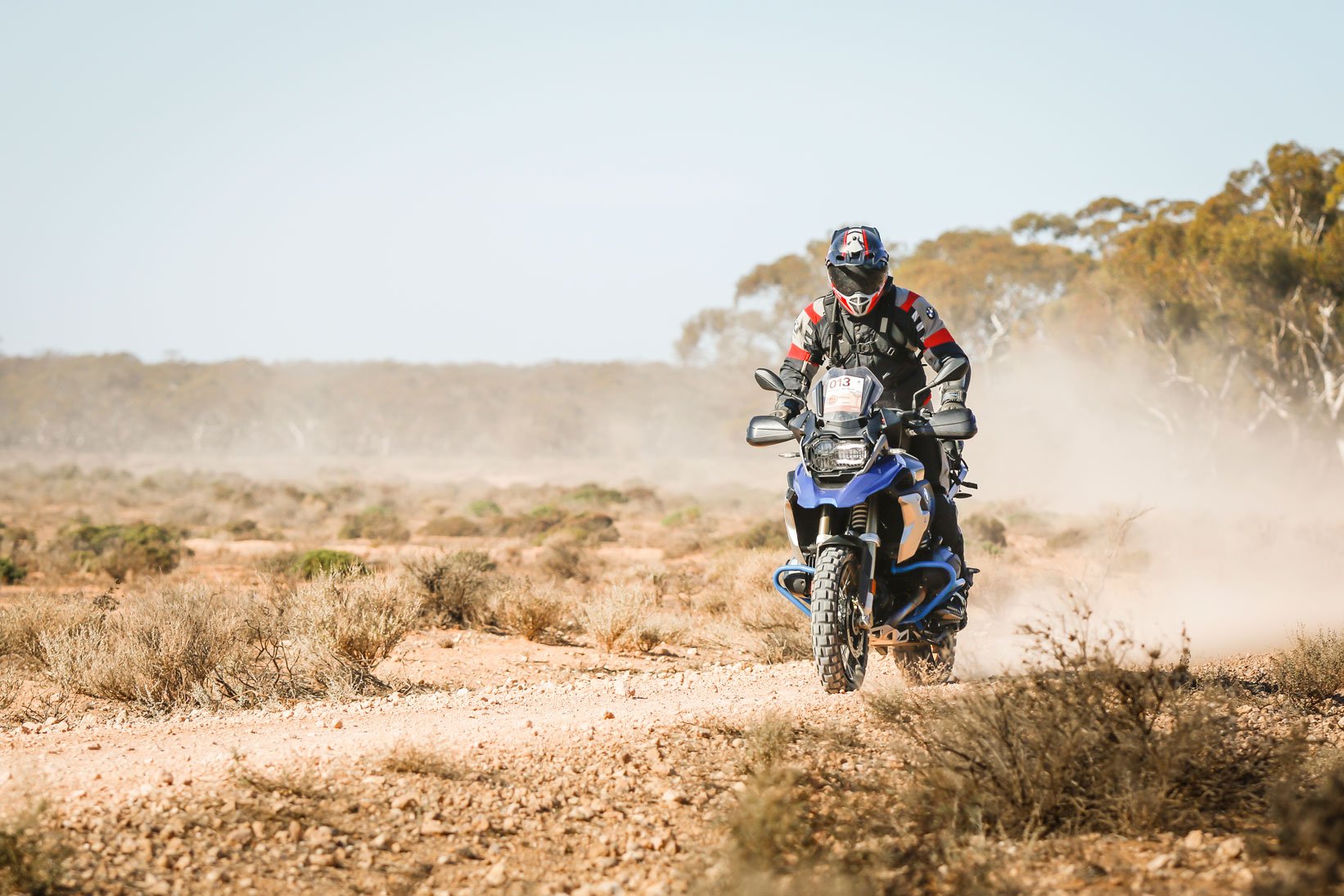 OUR THOUGHTS ON THE BMW GS SAFARI

We’ve done about six Safaris over the years and each one leaves us wanting more. Without a doubt, our favourite was the Safari Enduro from Mildura to Alice Springs, which honestly ranks as one of the best rides we’ve ever done thanks to the quality of tracks and the mind-blowing desert scenery. Especially the overnight stay in Arkaroola…honestly you have to see that place at some point.

Safari is a pretty big affair with larger numbers than most (if not all?), and so it’s a big job to keep everything in check but the organisers excel. Honestly, there is no better-organised ride in this country given the numbers, distances and spread of rider skill ranges.

The general vibe is one of just stoked to be out on a ride with like-minded Beemer peeps. The normal Safari accommodates a range of skill levels and is the most accessible for those early in the off-road experience. There is phenomenal support the entire time for both rider and bike and never a point where a question can’t be answered. The morning and afternoon briefs are informative so you rarely leave without a good idea of what’s to come each day and there are plenty of support riders to help you out should you need a hand.

“The Ténéré Tragics share one thing in common: an overwhelming passion for the Ténéré brand. No matter whether they themselves are young or old, or their Ténéré is an original 1983 model 34L or current 660 or 1200, the mystique of Yamaha’s legendary go-anywhere adventure machine is what brings us all together. The Tragics come from all around Australia, they can be fathers and sons, they can be lady Tragics too, but to a man and woman, the biggest ride of the year for all of them is when they run with their fellow Tragics for five days straight and overdose on the Tenere spirit.” teneretragics.com.au 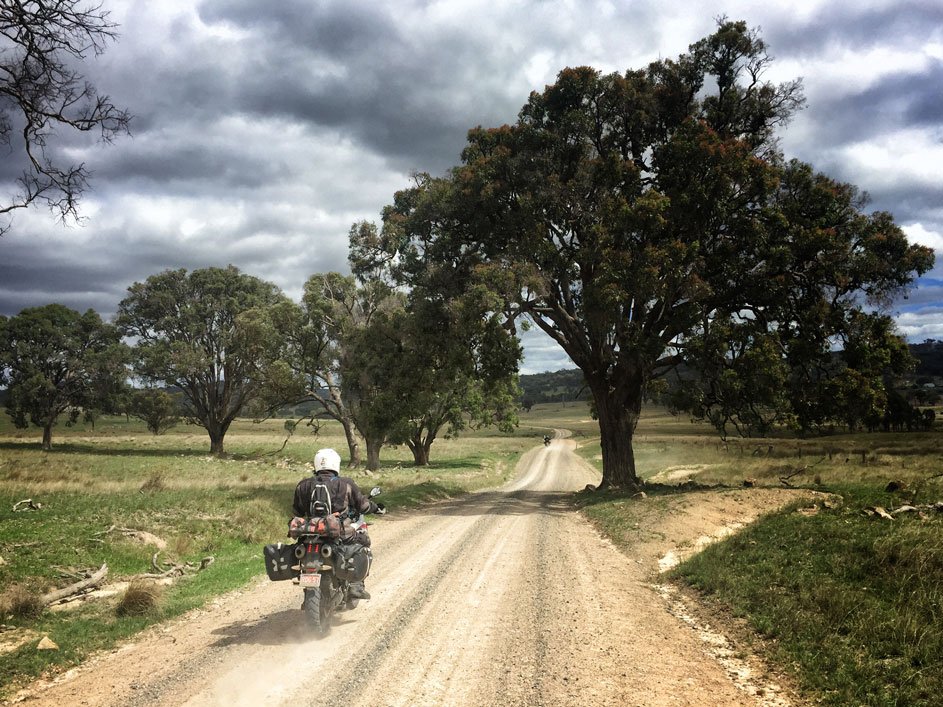 OUR THOUGHTS ON TENERE TRAGICS

The Tragics is like no other ride in what happens at the end of each day. Generally, you see guys head to their hotel room or go find a pub. Not on Tragics. Instead, they gather and talk about Teneres. They help fix any Teneres that need some work and they talk about Teneres some more. When they do go to the pub for a meal, the conversation centres around riding and Teneres.

This is a celebration of all things Yamaha and Tenere. It’s great to see bikes of all eras, right back to the original model and through to the 700 on the ride, which is also quite unique to the Tragics.
The course is almost always accessible to anyone and the guys go to great lengths to make it interesting and fun but not too hard and support is never far away should you need a hand. They have had some brilliant runs through amazing country over the years and if you’re a Tragic like these guys then sign on and fly that Tenere flag high.

“The concept behind the Husky Trek is for like-minded adventurers to come together for an outstanding experience on their 701 Enduro models … and we believe that unless all riders from around the country can make it to the event, the promise of that outstanding experience will not be fulfilled!” husqvarna-motorcycles.com/en-au

OUR THOUGHTS ON THE HUSKY 701 ENDURO TREK

Having been plagued by bushfires at first and then COVID-19, the Husky Trek has had trouble putting consecutive years together, but surely it is due to win a break sometime soon. Touted as the world’s only single model organised adventure tour, it has been put together with Husqvarna Australia who absolutely know how to put a quality ride on.

We rode the first one in Victoria and even some pretty horrendous weather at times couldn’t put a downer on the route plotted by Nick Selleck from Maschine Tours. Similar to the Tenere Tragics, it was great seeing supremely like-minded people come together to celebrate and use the bike they love so much. I learned to appreciate the 701 on that ride where I got a better idea of what it was made for. The scenery was amazing and the riding was a great mix of easy and challenging with the conditions making it more interesting at times and also more fun. Support was always available during the ride days and afterwards with any mechanical help needed. Motocross legend, Jeff Leisk (Husqvarna CEO at the time), came along and it was pretty epic to have some two-wheel royalty present. It’s a great tour that we’re keen to see more of.