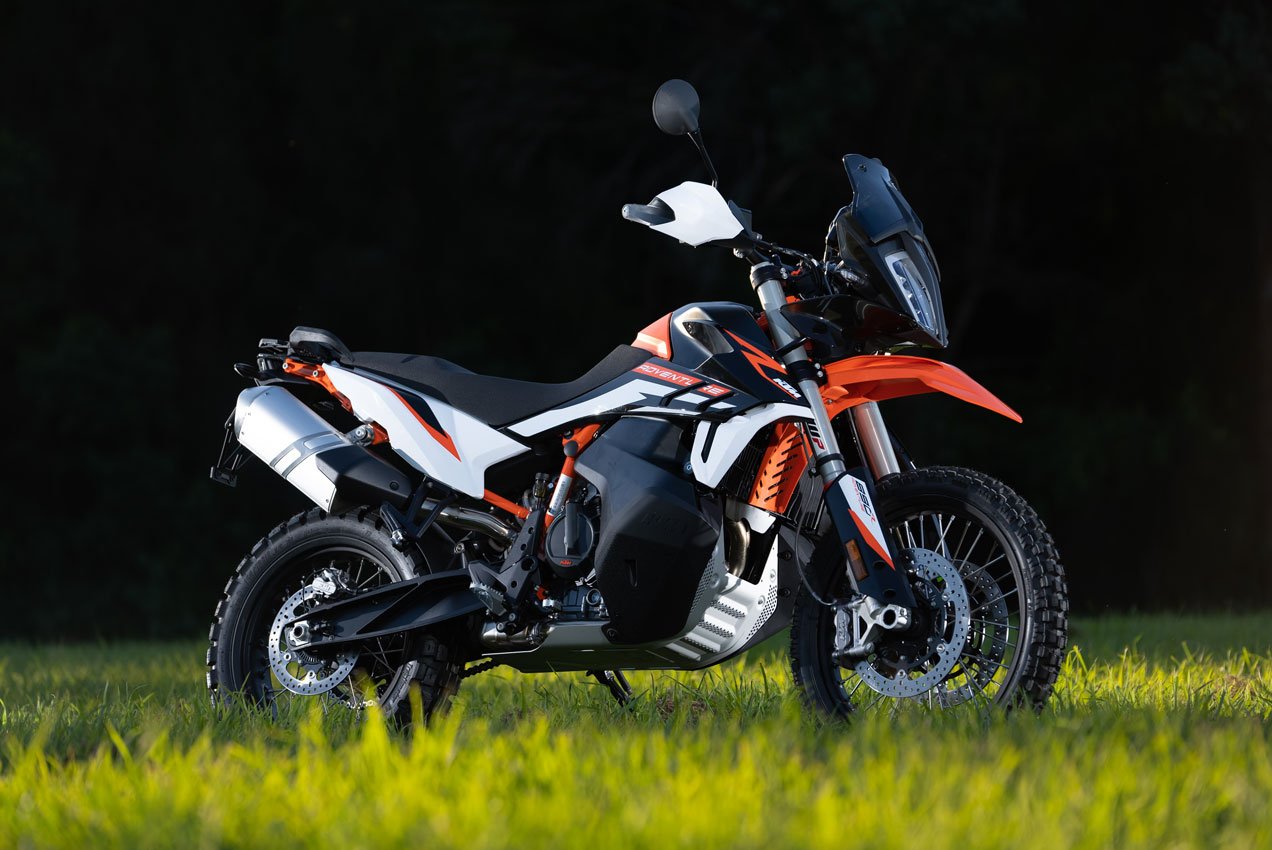 Go deep into the inner workings of the 890 Adventure R with KTM's tech guru, Rob T

KTM Australia’s technical services manager, Rob Twyerould, is a guru of all things mechanical. He’s had his hands deep inside every motorcycle imaginable and comes to life when he’s telling a dirty joke, or talking about the inner workings of a complex piece of machinery. Before the Australian launch of the KTM 890 Adventure R, Rob talked us through the changes from the 790 to the 890 and although Rob T can go deeper should his gargantuan intellect be set free, this one is a good overview of how the 890 differs from the 790 and how those differences represent honest moves forward. For our first ride impressions on the 890 click here, but for the pure tech talk hang around and listen to Rob.

“Back in ‘97 the adventure begins. We started off with a very reliable and off-road capable bike with a large fuel capacity and people started covering longer distances and exploring more. So, the commitment was made at the factory that this would be something for the future and along came the 950 Adventure. That was a purpose-built adventure bike. It wasn’t a converted road bike or track bike; it was a purpose-built adventure bike with the idea of keeping the weight low. The shape of the tank started to take form as well as where the motor sat in the chassis.

The in 2013 it was a big step to the 1190 which was the first collaboration between Bosch and KTM for traction control and ABS modulation, so the ability to turn the ABS or separate front and rear. A lot of different lean angle sensors to actually give you much more control over the traction control. You know, they realised that the way traction control and ABS functions on the dirt is very different to the road so they needed to build a specific system that was quite advanced.

“I remember the Kiska guys (KTM’s design house), coming out to Australia with the mind-blowing realisation on where people want to ride these bikes. It’s not on a road or gravel road, it’s actually in the bush and on single trails, climbing hills and across rocks. So, they understood then that people really wanted to go off-road on these bikes.

The next step was probably more a European-style touring bike that had some off-road capability, but again it was another big step in the electronics package. So, it had suspension control units – the ability to change the suspension from a switch from Road to Sport and Offroad and different loads.” 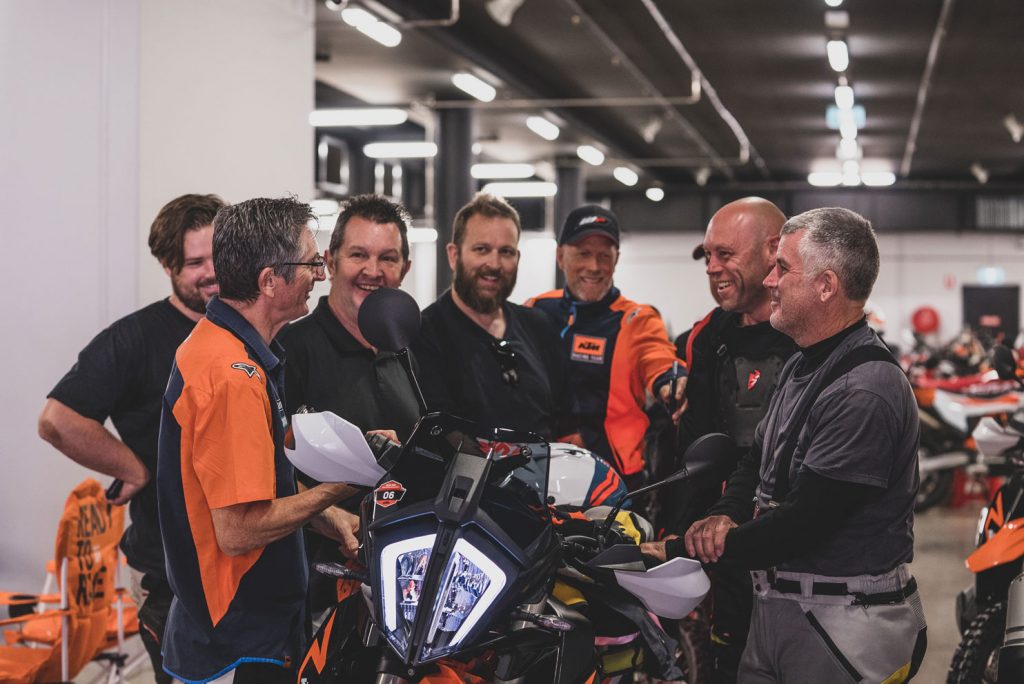 “Then there was a realisation that people wanted something like the 990 or 950 so then we created the 790 Adventure. And that came from all the feedback from customers, dealers and subsidiaries from around the world and it has constantly been developed. It’s evolving. It was a mid-capacity, light-weight first global adventurer accessible to everyone in the world.

Then along comes 2021 and we get the 890 Adventure R. The next step in finding the balance between capacity, weight and rideability. The line-up includes the 790 Adventure Standard in two different colourways. The 890 Adventure R and the 890 Adventure R Rally which is a limited-edition bike which includes the aftermarket suspension some different colourways and the Technical Package option as standard. They thought the 790 could do with a little more grunt, but how do we include more grunt but improve the rideability? The easiest way was to increase the capacity from 790 to 890. So bigger capacity, more torque.” 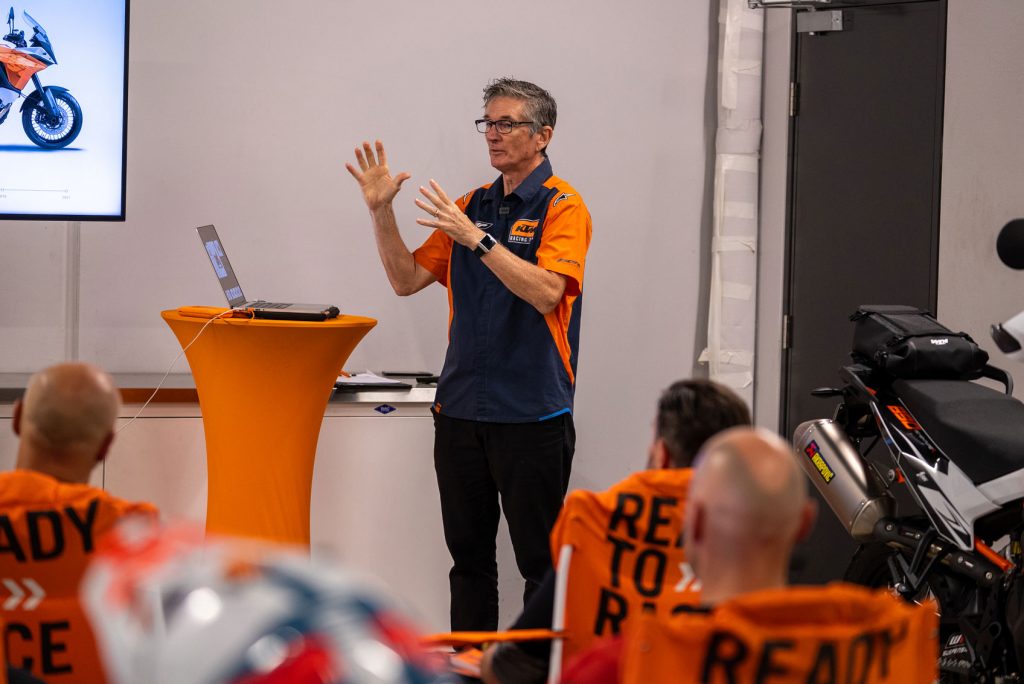 “They’ve increased the rotating mass by 20 per cent. And usually, we’d talk about reducing rotating mass because of the gyroscopics, but in actual fact, they used this increase as an advantage by placing the crankshaft where it is in the chassis that gyroscopic actually improves the stability of the bike. So 20 per cent more rotating mass improves the stability and also gives the bike a tractor-like feel; so the ability to run a taller gear without stalling the motor. It will pull through heavy going very easily.

They also decreased the oscillating masses. And they’ve achieved that by 10 per cent. Even though we’ve got a bigger bore and longer stroke, the oscillating masses, being the pistons and conrods that go up and down, the weight in those components has been reduced by 10 per cent over the 790. It’s a three-ring design with an additional oil feed for cooling on the pistons. There’s a one-millimetre increase in the diameter of the valves; so obviously we have the bigger bore and the potential to charge the cylinder with more air and fuel and then we to remove that. There’s an increase in compression and they wanted to get the maximum horsepower, so the mapping is performance orientated. And because we have varying qualities of fuel around the world, they’ve included a knock-sensor on the motor for the first time which offer the ability for the ECU to detect any detonation in the cylinders and adjust the mixture accordingly.”

“Looking at the drivetrain, the clutch gets new friction plates, new discs, new surface and new pressure valve which means the oil feed to the clutch has been increased for more cooling. Glass bead blasted fourth to sixth gears for increased strength and a shortened shift stroke for more direct feel on the gear changes.

Previously we had a 5D sensor determining the lean angles, acceleration and deceleration which matched the braking and ABS or traction control intervention. We now have a 6D sensor. What it does brings is that it’s logical; it can learn your riding style. So it’s another step in the lean angle sensor technology.

The bike has a new throttle body with independent map sensors for each cylinder. Previously on the 790 we had a manifold air pressure sensor that took an average between the two cylinders. They now have a sensor that will read the individual cylinders which is how they can get the mapping more performance-oriented because the information gets back to the ECU more accurately.”

“There are some changes in the front brake master cylinder, so the actual piston and lever actuator has a heavier spring in it which gives you a more positive feel and better feedback through the lever. There Slimtech seal technology in the calliper so there’s less friction even though we’ve got a heavier spring, the actual feel is smoother. We have different, heat-protected rear brake pads, heat shields for stability which is better on those long downhills when you’re dragging the back brake.”

“The WP Xplor suspension was a really big upgrade on our adventure bikes. Rather than having a road based suspension package it was a genuine off-road suspension package, directly from our enduro range of bikes. The Xplor fork has seen adjustments to the compression and rebound and preload. You will find that these are firmer than the 790. They realise that people really are riding these bikes off-road so there is much better bottoming resistance.”