THE CASE FOR THE FINKE DESERT RACE 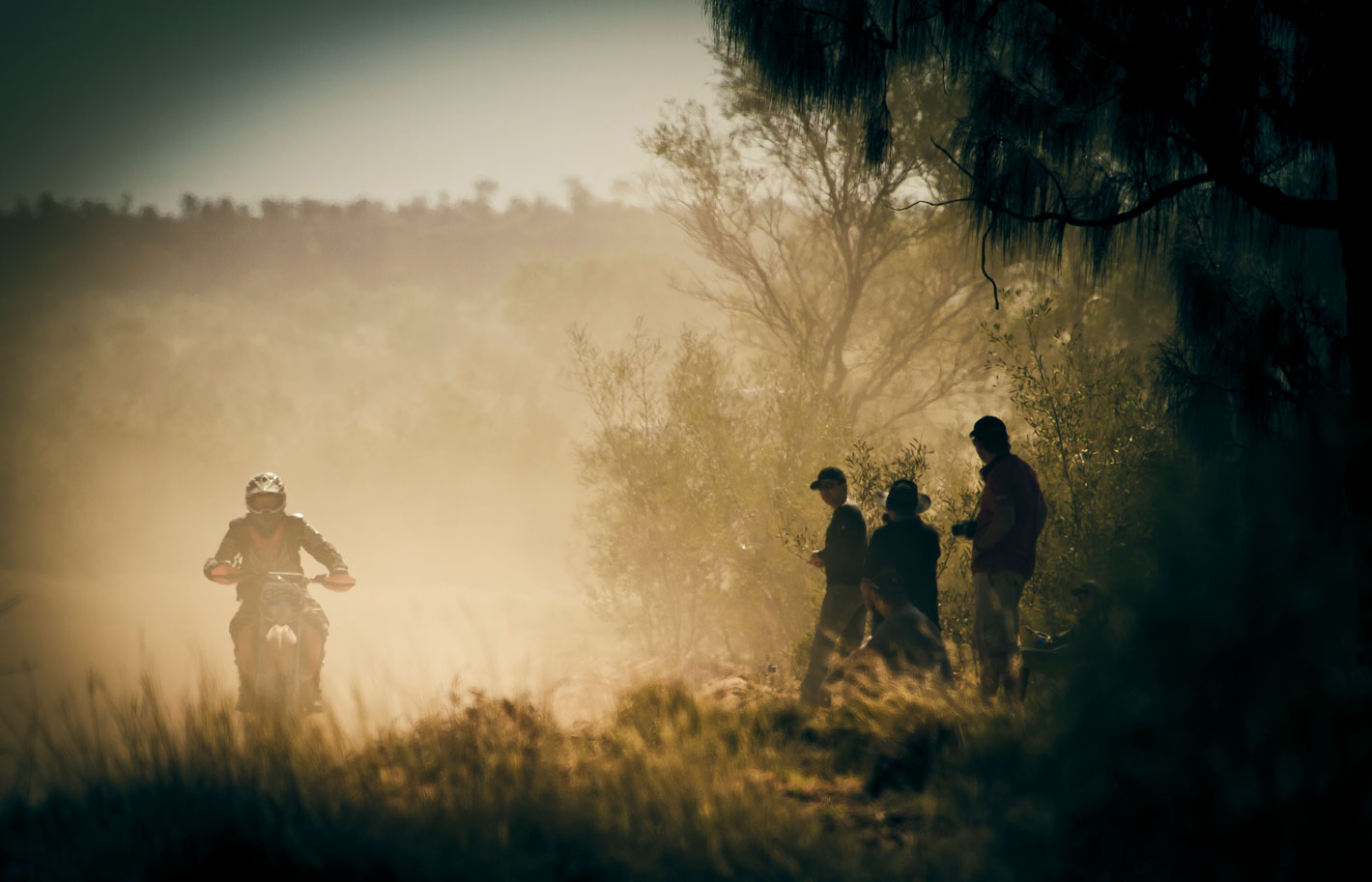 A regular event for adventure riders to visit each year, the Finke Desert Race will now face severe scrutiny.

In the aftermath of the tragic death of a Finke Desert Race spectator, there has been an amount of fresh discussion concerning the safety of the race and indeed whether it has a viable future. This is a normal and generally healthy reaction to such an incident.

The race is visited by hundreds of adventure riders each year so many of you know it well, but I’ll offer a quick explanation of the race itself for folks that aren’t familiar.

There aren’t many desert races in Australia, which is a little surprising given how much of Australia is just desert. But it’s hard to get to, hard to monitor, hard to do just about anything when there’s mostly sand, small lizards and a fantastically distant horizon. So, the successful desert races are held in proximity to population centres. The Finke Desert Race has its base in Alice Springs, the Hattah Desert Race is held near Mildura and the Condo 750 is near Condobolin. The Australian Safari tried for years to cover far more ground, but that is damn hard in a country that has farms the size of Israel.

The Finke Desert Race is arguably the biggest of them all. The hundreds of available motorcycle entries sell out in minutes year after year and after more than four decades it still gets written into bucket lists for racers and spectators alike from all around the country.

It’s not an easy race to compete in. If you endeavour to build a bike truly suitable for Finke, you’re looking at a larger fuel tank and taller gearing, suspension that can handle kilometres of whoops and quite a bit more depending on the base model you chose to ride in the first place. It’s expensive to enter and expensive to get everything you need to Alice. You’ll need a crew to help with fuelling along the track and if you really take the race seriously, then you would have already pre-run the track in the weeks leading up to the start. There is a whole lot of prep involved in racing Finke.

And yet this hasn’t even taken into account the sheer difficulty of the race which on paper appears simple. You prologue one day, race to Finke the next and then back to Alice Springs on the final day. It used to be called the ‘There and Back,’ because that’s exactly what it is. You race from Alice to Finke and back again on one 230-kilometre-long track.

The best of the best will take about two hours to get to Finke and about the same to return to Alice. That’s four hours of full-throttle racing and deep concentration for guys pushing for a podium spot. For those hoping to take home the traditional railway spike trophy for simply finishing, it can be a seven or eight hour round trip. And the ‘Did Not Finish’ list is always long with injuries and mechanical breakdowns common stories every year.

A huge part of the spectacle comes from human beings willing to push the boundaries despite severe consequences. Why else would anyone watch NASCAR? It’s why we’re on the edge of our seats watching MotoGP and why we stare stunned at footage of Dakar or the WRC. Without the danger speed brings, there is little or no spectacle and Finke is all about outright top speed.

Finke is less about racing than you may think though. The entire city of Alice Springs transforms for the event. It embraces it and celebrates it and indeed, banks on it. It’s a cultural event as much as it is a motorsport event and those campers that line the track often meet up each year in the same spot with the same friends, while many arrive trackside for the first time and make new friends, also there to share a love or curiosity of the race and the incredible landscape on offer in the red centre. By the very nature of where it’s held, it is an adventure to get there in itself.

The spectator who was killed was Nigel Harris, a former serviceman who spent decades in the Navy and was a very keen photographer. Mr Harris’s wife, Sheryl, wrote on social media; “My sincere hope is that the driver manages to get over this and that the race continues as is in the future. Those would have been his wishes.” It’s awful that Mr Harris couldn’t go home with stories of Finke that he could share and remember for the rest of his days and our thoughts are with his family.

Just going off reports it looks like people were watching from where a four-wheeler would land off the nearby dune/jump and a landing vehicle is a dangerous beast. Its direction on landing often is directly influenced by how it took off and what it met with on final contact. A lot has to go right for nothing to go wrong. I know this only from photographing this race (often from close to that very spot), and many, many more for 20 years, but it may not be clear to those not as familiar with watching off-road racing.

NOT JUST A RACE

The race so perfectly encapsulates the region it’s held in, but it’s not just a race, it’s an experience people remember for their entire lives whether they’re participating or spectating. The oft-repeated phrase, ‘you have to go there to get it’, is apt in this scenario.

Mr Harris should have gone home to his family. A driver and navigator shouldn’t be feeling the way they are right now. Race organisers will respond as best they can to this and will do what they can moving forward to avoid such an incident. I’m sure they’re all hurting deeply right now too. But this race is either the way it is today or not at all. It’s not malleable and can’t be shaped to become safe which is largely the point for those who love it and return year after year.

It’s not Phillip Island or Eastern Creek. It’s untamed to a degree many of us are unaccustomed to on a day-to-day basis and any attempt to refine or redefine it would have to be so sweeping it would change the very nature of the race. Having police barking at spectators to get back from the track along a 230 kilometre stretch over two days is unfeasible. We can’t Nerf the world to make it safe and we shouldn’t.

THERE HAS TO BE CHOICE

I also understand it’s important to acknowledge how dangerous the race can be for anyone on or near the track and that perhaps more can be done to warn people unfamiliar with the dangers, although it should be fairly clear after the first car passes by. I also love the idea of personal choice and acceptance of known consequences. There are no secrets here. It’s clearly dangerous and it’s quite a bit wild – just like the surrounding country.

The Finke Desert Race is as Australian as if a lamington and a kangaroo had a baby. It needs to be appreciated that the coming together of the desert and motorsport is damn near spiritual for so many people and something I did not understand until I went there. You don’t have to understand that, but you’d be a fool not to recognise and respect it.

I hate that someone was killed and others were hurt spectating. They would only have been there because they wanted to feel what that unique race gifts though; a connection to a part of the country that represents the ‘wide brown’ in ‘wide brown land,’ and a chance to see truly old school racing replete with true characters and perfectly approachable stars. There’s nothing else like this and it’s worth keeping.