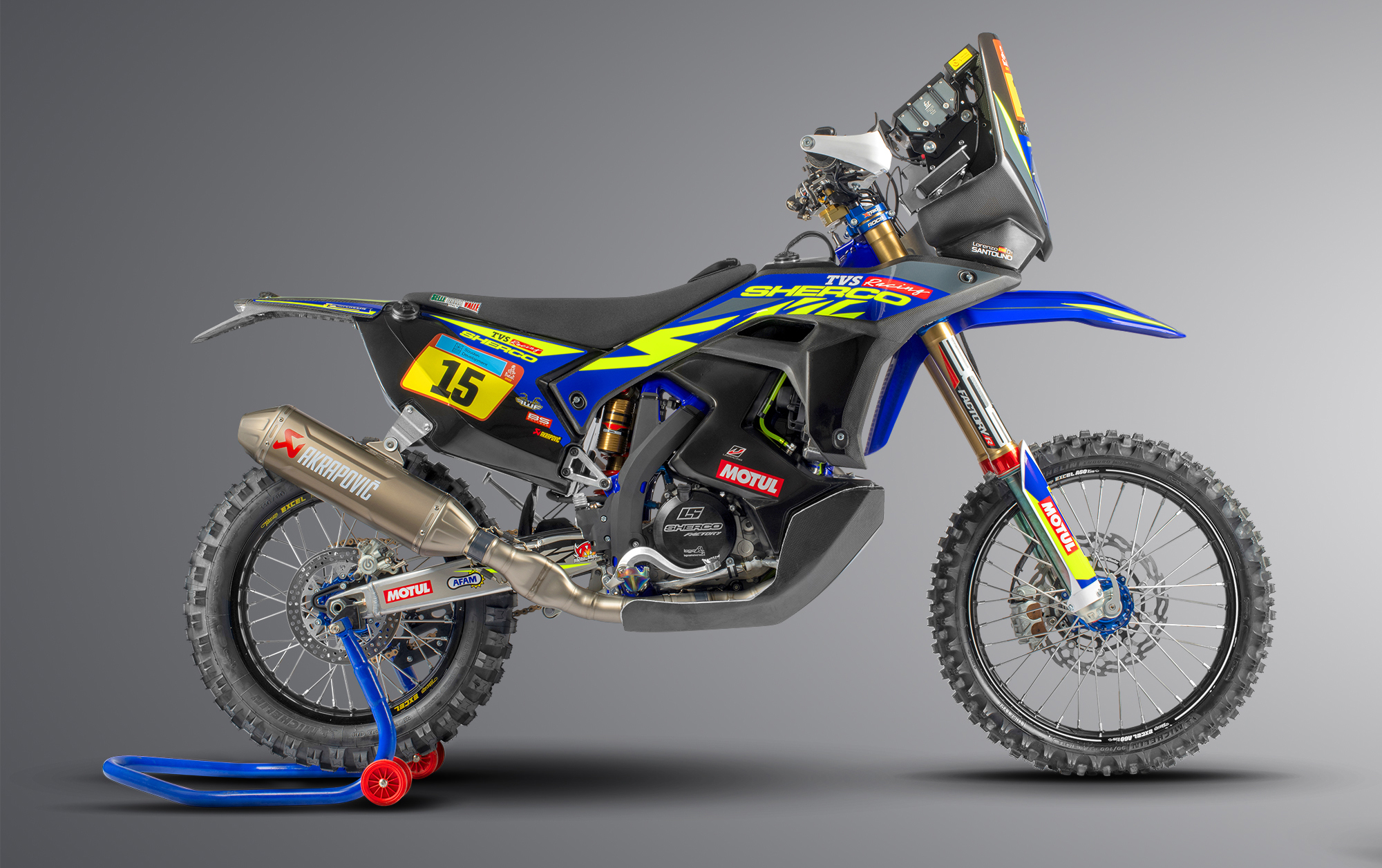 Amongst the big hitters that dominate the top placings of the Dakar, there is a relatively small player that punches well above its weight. To those from a dirtbike background, the name should be familiar enough, but riders coming to adventure from the road may not recognise the name at all.

Sherco is based in southern France in the historical town of Nimes and has a factory in Caldes de Montbui, Spain. The name Sherco derives from a fusion of Bultaco and Sherpa.

Primarily known for its trials and enduro range, Sherco has had a decent impact from a small operation for some time now through consistent and substantial investment in infrastructure and smart product development.

On the brink of collapse following the GFC owner, Marc Teissier explained to me on a visit to the then-new factory a few years ago that he had two choices; wind it all down and stay financially safe, or literally bet his family’s future on being able to ride the storm and prosper thereafter.

He chose the latter. And through a concerted effort to improve the product, Sherco enjoyed a resurgence and would eventually produce bikes that stand tall against the best. The Sherco 450 SEF Factory is my personal favourite 450 enduro bike out of the current crop of excellent choices.

It’s a well thought through motorcycle with outstanding balance and an engine that has a lot to offer but doesn’t exist to impress chicks with its aggressive output like Yamaha’s WR450F, which to be fair, is doing what it can to attract attention away from its ornery handling characteristics when in the hands of an average trail rider.

After finishing a very credible sixth in 2021, the company expressed disappointment having hoped for an even better result. So, for the 2022 Dakar, Sherco presented its team of Lorenzo Santolino, Rui Goncalves and Harith Noah, a brand-new 450 SEF Rally to compete on.
Developed in France in a section of the factory that was off-limits to visitors when I dropped in (although I did get a look at one of Sherco’s first Rally builds and as impressive as it was, the company has come a long way in a few short years).

The engineers sought to “provide the rider with a feeling of lightness and provides incomparable manoeuvrability, major assets for navigating in the dunes and camel grass of the Saudi Arabian desert.”

Throughout the year, most of the major teams are ensconced at one time or another in Morocco testing the next years’ machine or improving the current build. KTM, for example, starts three years in advance in its race bike build. On a visit to Morocco in 2019 to test the then brand-new 790 Adventure R, I saw both the Yamaha and Sherco Race teams set up in the desert (I was told Honda would be there in a day or so as well), testing at no small expense for the Rally season and in particular, the Dakar Rally.

To see Sherco testing amongst the juggernauts that are the KTM, Yamaha and Honda teams hit home just how serious the company is about winning Dakar. Not just managing a top ten or placing well in the top five, but winning.

Is that possible against teams with multimillion-dollar budgets? In Dakar, it is because it’s such an unpredictable race and to be close to the front towards the end of the race means that you can take advantage of anything that goes poorly for the front runner, be it a crash, breakdown or navigation mistake. If the bike is strong enough then it’s down to hiring the right rider, which is an expense Sherco most likely can’t compete with against the big three Rally teams.