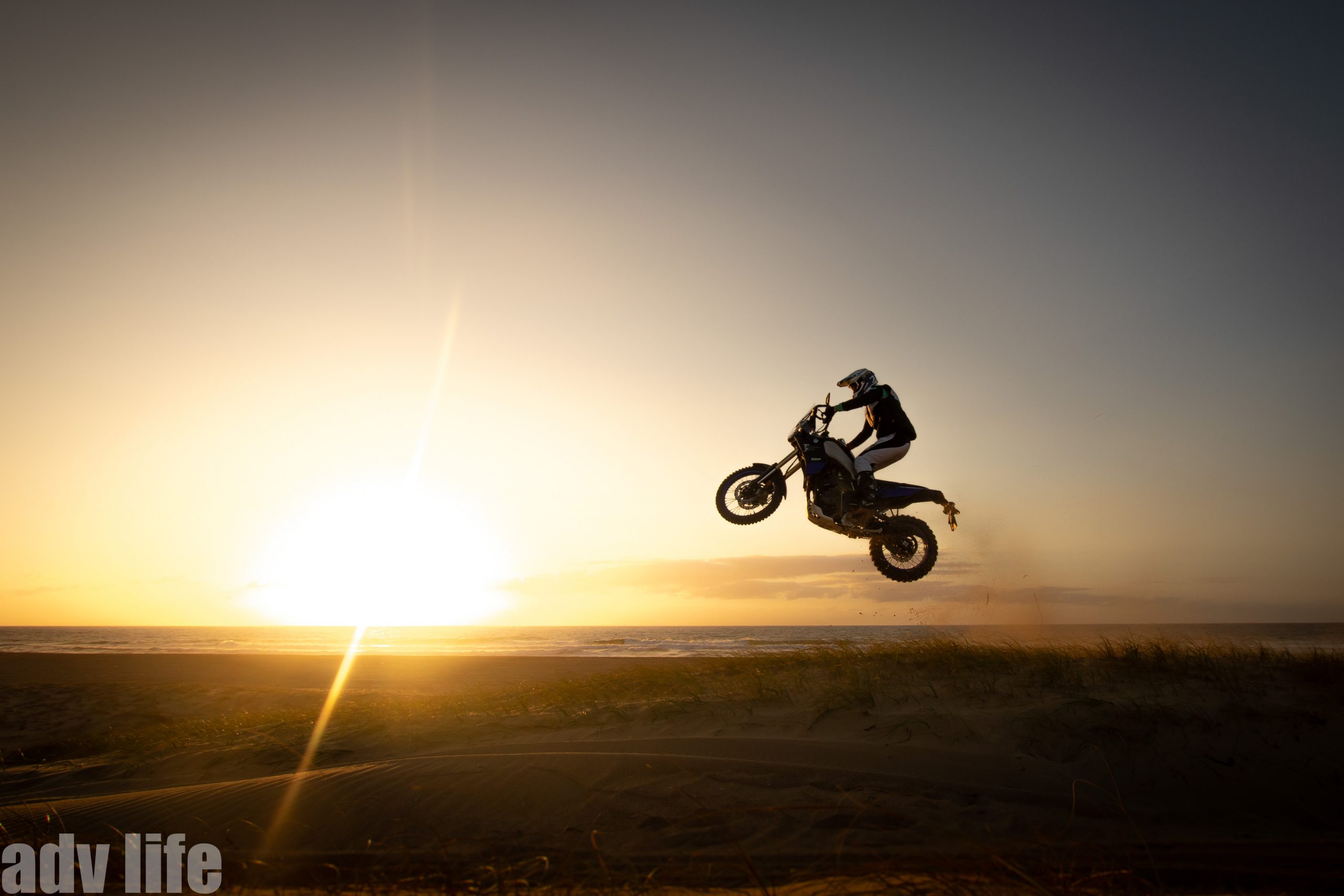 Released just before the world went crazy, the Tenere 700 has since lived up to all the promises with a unique approach

Even before the teasing of the Tenere 700 began, way back in 2016 – which given the turmoil of the past two years feels like it was 35 years ago – there were rumours that Yamaha was going to do something fresh in the adventure space. And it needed to; the 660 and 1200 Tenere had been left alone without significant updates for too long and looked dated against bikes like the new Africa Twin and Ducati Multistrada Enduro 1200, the updated R 1200 GS and of course, KTM’s 790 Adventure R was coming.

The 660 and 1200 had shown to be reliable in typical Yamaha fashion, but not all that inspiring to ride. The 660 having an odd front-end and an engine that’s a bit of a plodder and the 1200 really more of a tourer than a purpose-bred adventurer. They’re both fine motorcycles, but not competitive on price, performance and fitment against the new-gen of bikes that were hitting the market.

It’s astonishing to think now that Yamaha Japan had a new road bike in mind as per requests from Europe. Ironic that a Japanese manufacturer would consider this, given European manufacturers have been pumping out a new adventure bike with massive marketing pushes.

Both the Australian and American Yamaha reps pleaded the case hard enough to sway Japan back towards the adventure side of things and from that, we get the Tenere 700. And the sales of the bike thus far have proven shown the adventure route was the way to go with barely any in stock in Australia for more than five minutes before another shipment is needed.

ALL ABOARD THE TENERE 700

No matter what bike you decide on, the comfort level has to be there otherwise the things that bug you will amplify kilometre after kilometre. The seats on the DR650 and CRF450L are unforgivable and as soon as your arse feels that pang of discomfort similar to a week in a Columbian prison with hours or days left to go, it’s all you can think about.

The Tenere’s seat comes in three variants with the standard coming in at a height of 870mm, the low option at 863mm (which can be dropped further to 845mm via a lowering link), or you can opt for the most comfortable Rally seat which tops-out at 35mm higher than the standard. The two-piece stock seat is decent, but I reckon the Rally seat option with the added benefit of gifting greater freedom movement. The caveat is that it’s quite tall, which can be an issue for some.

The tank area has rearward tapering that makes it difficult to grab with your knees and get over the front wheel but the uncomfortable knee bend of the 1200 is not present. The luggage pins on either side of the seat make it easy to strap anything down without installing a rack and that’s simple but clever thinking.

Shunning the trend for fitting large, bright coloured TFT screens, Yamaha went for a single colour, rather unattractive LCD screen mounted uniquely in a vertical position that offers only the most pertinent information and on the plus side, demands very little of your attention.

It’s not great at informing you with any detail on how much fuel you have left in its approximately 350-litre range though, which is a curious oversite on a bike designed to visit remote places. Also, the display does suffer from some wicked shakes and vibrations which makes it hard to read at times (there are aftermarket solutions for this).

The stock pipe is quiet and while heavier, it’s effective even in comparison to the Akrapovic option which doesn’t gift the expected boost one would hope from the coin spent. If you want to beef up the bottom/mid-range, the Barrett pipe is the better aftermarket pipe.

Yamaha made a very conscious decision not to adorn the Tenere with a suite of rider aids. Takushiro Shiraishi, Yamaha’s Project Leader on the Ténéré 700 made the point to say, “These kinds of gadgets like traction control or riding modes is just kind of a skin over the bike.

Also, our target was to develop this bike as much as possible to be affordable. We also believe the true off-road rider prefers the simplicity. And simplicity brings us the reliability of the bike.” Shiraishi-san has a point, but it would be nice to at least have cruise control or heated grips.

The engine is the CP2 689cc, 270-degree twin-cylinder unit first used in the popular MT07 road bike. It puts out 54kW @ 9000rpm and 68Nm @ 6500, which are somewhat modest figures but assure the bike is supremely controllable without the need for electronic aids, quite a bit like the 2016 Africa Twin felt.


It pushes rather than explodes and if it was just a little less powerful, then it may be a bit underwhelming. If it were much more powerful then there’d be a case for introducing electronics. It is damn near perfect, however, for a wide range of riders.

The power starts and stays on a curve that doesn’t deviate, doesn’t hit a dramatic peak or flat-spot till the very top-end, and the connection between right wrist and rear wheel is outstanding, which makes life easier and more fun in the bush. It’s geared well (15/46 final drive), and gear shifts right through the rev range feel positive and tight.

The brakes are great when they’re left to do their thing. The ABS is pretty ordinary and you get into the habit of turning the key and switching ABS off immediately which is a much appreciated one-button solution.

There is an Akrapovic pipe available for the Ténéré which I’ve had the chance to compare, but the exhaust note isn’t much different to the stocker and in fact, neither is the power output.

Both pipes are quiet at idle and damn near impossible to hear on the gas so it’s a quiet ride for you and anyone around you which is brilliant, but I can’t see value in the Akro over the stocker which in my opinion performed better at the very top-end than the expensive add-on. Does it save weight? Sure, but it is a hefty price to pay to just save a few kilos that are carried low.

Some have criticised the suspension for being too soft, but the story isn’t quite that simple. Yes, it is soft, but it’s also comfortable and compliant at the relaxed pace which possibly the majority of Teneres will be ridden at.

For those looking to push harder, the clickers and preload adjustment will do you wonders, and beyond that is a trip to the suspension doctor who can turn the stock stuff into a very compliant rig for more consistent and extreme riding without losing the comfort in the early part of the stroke.

The Tenere 700 is a fantastic all-around package; one of the best of the modern era. One thing to note though is that while the price is competitive against other models ($17,799 ride away), once you start adding on things that aren’t there it creeps up pretty fast. You’re going to want a good bashplate, maybe the Rally seat, definitely softer grips, Barkbusters and a luggage rack, heated grips and perhaps the brace that stops the display from shaking.

That said, what are we comparing it to? The 890 Adventure R is going to sting you $25,000 with the Tech Pack. There is no comparison to a BMW F 850 GS nor Triumph Tiger 900 Rally and certainly not a KLR650 when it comes to off-road capability.

The beauty of the Tenere is that it is a supremely easy bike to ride. The smooth power output allows you to find grip where little is apparent and yet there is enough in there to spin your beanie should you choose to bolt like a bag of whippets.

For me, the highlight of the bike is the feel from throttle to rear wheel. It’s so connected, more so than any other bike I can think of, and that translates into confidence and elevated fun factor.

The Yamaha is nothing like any of its mid-sized competition. It’s less techno focussed than the 890 Adventure R, more offroad hungry than the BMW and generations past the KLR. The Tenere straddles the line between ease of use and performance and simplifies the total package by dropping the rider aids, making it a less complicated motorcycle.

The Tenere had a lot to live up to with its extended teasing and hyping, its own history (read just how passionate true Tenere lovers can be right here), not to mention then arriving in a thriving market. The sales numbers don’t lie, the bike is a success and while it doesn’t offer everything you might want in the farkle department, it certainly offers everything you need to take you far from home with a wide smile.

PrevPreviousWEIGHT WATCHERS: what do each of the mid-size adventure bikes weigh in at?
Next1988 AFRICA TWIN: UP CLOSE WITH EPIC IRONNext